In Egypt, found a necropolis with the treasures of ancient priests 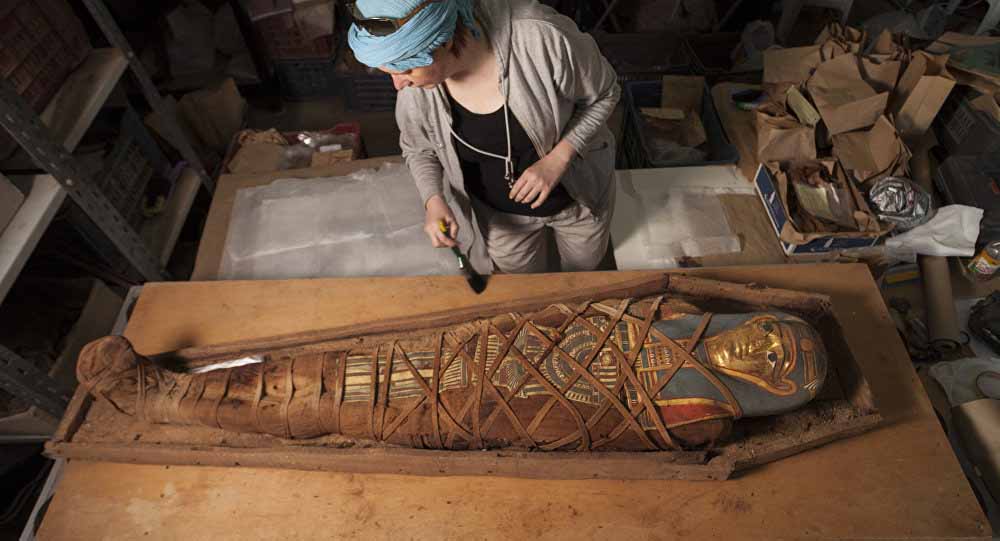 South of Cairo, Egyptian archaeologists have discovered a large necropolis consisting of eight tombs in which about forty sarcophagi are located. This is stated in the statement of Egyptian Minister of Ancient Egypt Khaled al-Annani.

According to him, in the necropolis there are burials of different periods of ancient Egyptian history from the Late Kingdom to the Ptolemaic era. All of them belong to priests and officials. Various artifacts were found in the tombs, including jewels and funerary figurines.

Scientists believe that this is one of the largest archaeological discoveries in Egypt in recent years, the work of archaeologists in the area of ​​the find in Tuna el-Jabal will take another five years.