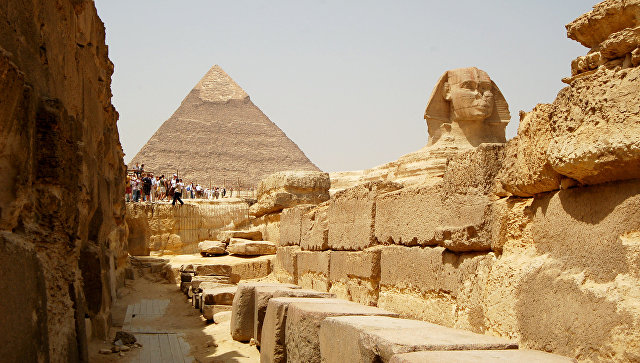 Egyptian archaeologists have discovered in the Dahshur area near Cairo remnants of the ancient pyramid, presumably from the time of the 13th dynasty of the pharaohs (XVIII-XVII century BC), the statement of the Ministry for Antiquities of Egypt says.

The remains of the building were found to the south of the famous “broken” pyramid Snofru. “The discovered part is in good condition, the archaeological mission will continue to work in the hope of discovering other parts of the pyramid,” said the head of the central department of the ministry for Cairo and Giza, Ala ash-Shahat.

The open part of the pyramid, perhaps, is a passage that led into the structure, and then rose to the surface of the earth and connected the ground areas. Archaeologists also found part of the alabaster plate with hieroglyphs measuring 17 by 15 centimeters and fragments of stone blocks.

Dahshur, located 26 kilometers from Cairo, was a necropolis of Egyptian pharaohs of the era of the Ancient and Middle Kingdoms. There are several pyramids. The so-called “broken” pyramid of Snofru (about 2613-2589 BC) was best preserved.