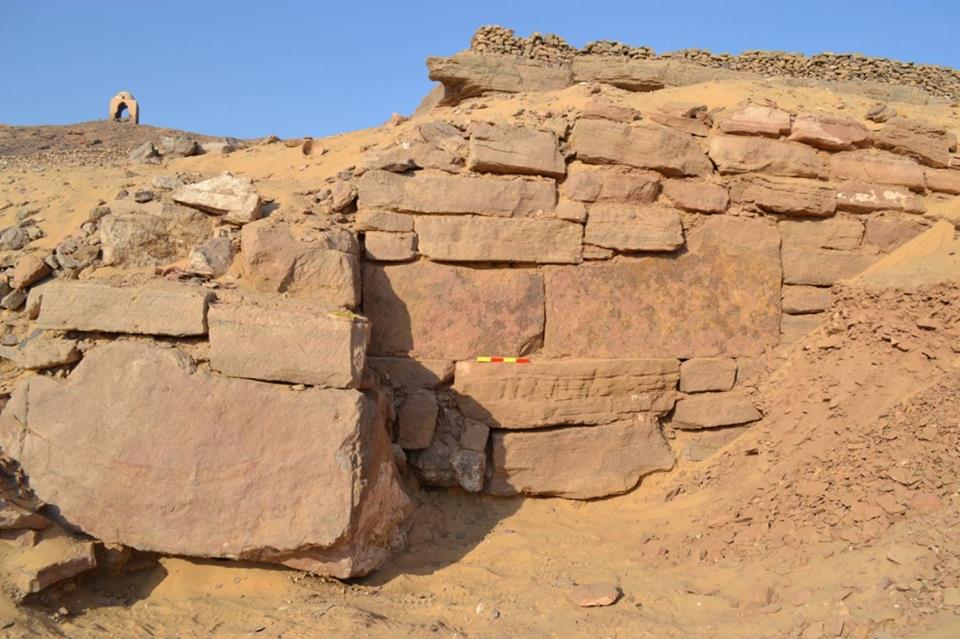 On the territory of the Egyptian necropolis of qubbet El-Hawa discovered ancient wall. The Director of the Department of antiquities archaeological areas of Aswan and Nubia Nasr Salama called the discovery “staggering”.

Working on the territory of the necropolis, archaeologists have discovered an ancient wall, over which was laid a walking path. According to scientists, the wall protects the tomb, which lies more deeply. According to experts, the wall was built in 2278-2184 BC, but judging by the age found in her pots, it visited more than one hundred years later.

The necropolis of qubbet El-Hawa is very important for archaeologists, since it features many rock cut tombs of Ancient officials (2700-2180 BC) and Middle (2040-1783 BC) kingdoms.