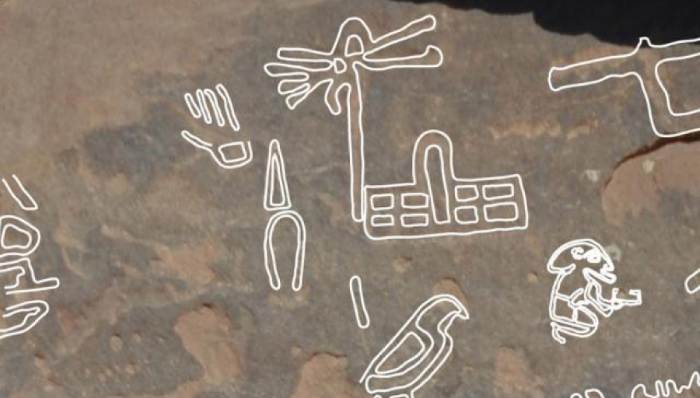 A series of rock paintings and inscriptions in hieroglyphic style, whose age exceeds 5 thousand years, was discovered by scientists north of the city of Aswan in Upper Egypt. This was reported to journalists by the representative of the Ministry of Antiquities of Egypt.

According to him, the unique rock carvings, most likely, are one of the most ancient of all such drawings found so far on the territory of modern Egypt. The discovery was made by an archaeological expedition, which included specialists from the American Yale University and Royal Museums of Fine Arts from Belgium, in the town of El-Kabb, located near the world-famous temple in honor of the ancient Egyptian god Horus in the city of Edfu,

The drawings themselves, which according to the initial estimates of specialists, can be dated at least 4000-3500 years before Christ, represent images of some species of animals and birds. Special attention was paid to the frescoes of several elephants, as among them a pregnant animal with a clearly traced fruit was depicted. For the oldest painting, according to experts, this is a unique image.

Discovered elements of rock art, and especially prototypes of ancient Egyptian hieroglyphs in El-Kabb, allow to put forward a hypothesis that the origin of writing in the territory of modern Egypt can be attributed to a much earlier period than previously assumed by Egyptologists.