In Egypt, found the foundation of the temple of red granite 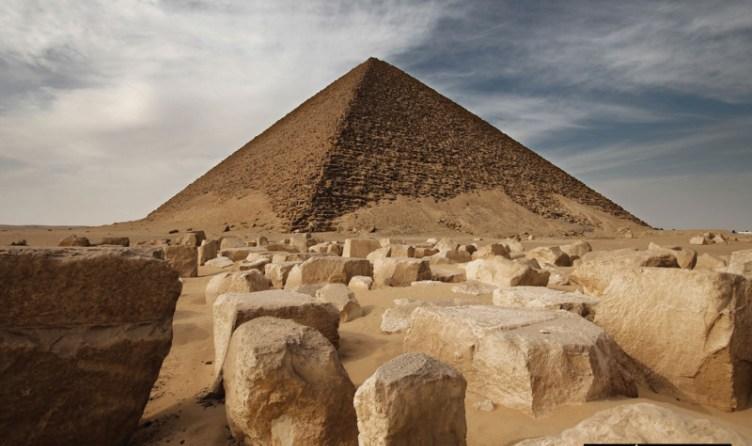 The founding of a large structure of red granite was discovered by archaeologists during excavations in ancient Herakleopole, located in the Egyptian province of Beni Souif south of the country’s capital, Cairo. About the new opening of the Spanish expedition, working within the sanctuary of the ancient Egyptian god Herishef, the head of the antiquities department of the Ministry of Antiquities of Egypt Mahmoud Afifi announced.

According to him, this finding is of great importance for Egyptology, since on the facing of a granite base, experts were able to distinguish two cartouches (an oval contour indicating that the name written in it belongs to the ruler of Egypt) of the Pharaoh XI of the dynasty of the Transitional Kingdom (2263-2070 to AD) of Senusert II. This ruler of Ancient Egypt is known for the construction of one of the first pyramids in the country – the pyramid of Lahun, located two dozen kilometers from Herakleopol. Found cartouches with his name indicate the great interest of the pharaoh to the deity to whom the temple is dedicated, and in general to the oasis of Fayum, where the temple of Herisheph was erected.

As explained by the head of the Spanish archaeological group Maria Carmen Perez-Dee, in addition to the granite foundation of the still unknown building in the sanctuary, the expedition found several evidences that the temple of Herishef enjoyed attention and popularity in later times, including during the reign of Pharaoh XVIII The Thutmose III dynasty and one of the most powerful ancient Egyptian kings Ramses II (1279 – 1213 BC).

In ancient Herakleopole, which was the capital of Lower Egypt under the Pharaohs of the IX and X dynasties, the main deity was considered to be Herishef, depicted as a man with a ram’s head. He was revered as one of the fertility gods, the patron of hunting and fishing, and under Senusert II and his successors in the dynasty as a god-creator, whose right eye is the Sun and the left eye is the Moon. The ancient Greeks identified Herrischef with Hercules, where the name of the city came from.