In Egypt, found the tomb of the commander 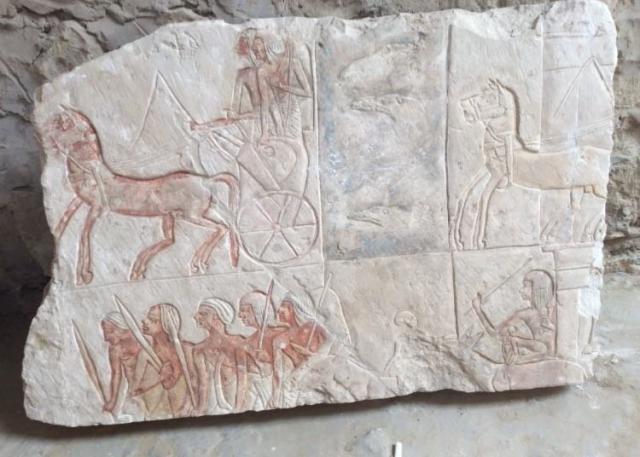 Egyptian archaeologists have discovered the tomb of the general of the reign of the pharaohs of Seti I and Ramses II. The burial was found in Saqqara in a necropolis south of the road of Unis.

Although the tomb has not yet been fully studied, it can already be said with certainty that it was built for a person who had a high social status. The name of General Ivri was carved on the tomb together with the names of his son Jupp and grandson Khatiai.

According to scientists, the general began his career during the reign of Pharaoh Seti I and reached its peak under Pharaoh Ramses II. As archaeologists suppose, the general arrived in Egypt from other places. After settling here, he managed to get favor and get a high state post.

Several unusual scenes were found on the walls of the tomb, many of which are connected with the military career of the general, as well as with relations with other countries. Among the images were drawings of anchored boats with unloaded Canaan vessels with wine.

On one of the walls were images of soldiers and chariots crossing a water barrier croaking with crocodiles. According to researchers, the wall shows the eastern borders of Egypt. The only similar scene is depicted on the wall in the Karnak temple complex. On it, Pharaoh Seti And returns with a victory after the defeat of the Bedouin Shas, bypassing a similar water obstacle with crocodiles.