In England, found a unique medieval book with the secrets of priests 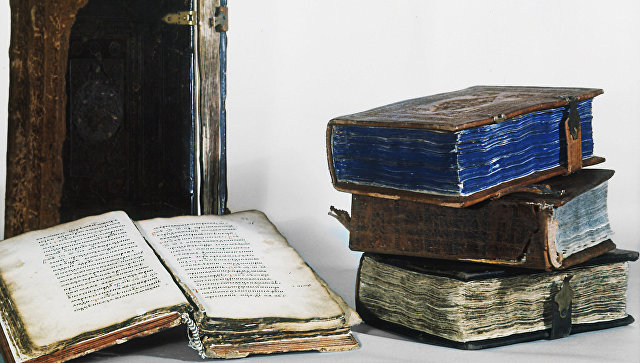 A fragment of a unique reference book for medieval priests was found in the library of Reading University, the book belongs to the William Caxton publishing house, which brought to the world the famous “Canterbury Tales” of the poet Jeffrey Chaucer.

“It’s unbelievable! It’s rare to find an unknown sheet of Caxton’s book.” It’s amazing that he has been under our nose for so long, “notes Erika Delbek, a librarian of special meetings at Reading University.

The sheet was inserted into the book cover in order to preserve its shape. He was placed there in 1815 by one of the University’s librarians.
The page is dated 1476 year. In it, in Latin, various instructions are given for the clergy, descriptions of the liturgical details are described – for example, in what order to dress in divine service vestments. The name of the directory is Sarum Ordinal or Sarum Pye. He first appeared in England in the XI century, his author is Saint Osmund, Bishop of Salisbury.

Kekston founded his printing house in 1476. He massively produced such publications as Chaucer’s “Canterbury Tales”, as well as the first English versions of “The Fables of Aesop” and “Metamorphosis” by Ovid. He is often credited with publishing the first fragments of the Bible in English.