In England, found the oldest chalk of ocher

A piece of ocher has scratches. They probably scraped to get a red pigment. The length of the chalk is 22 mm, width – 7 mm. The researchers believe that the chalk could be used to color the skins of animals.

Earlier in this place, several other interesting items of the Mesolithic Age were discovered. So in 2015, an artifact resembling a pendant was found here, as well as 30 headdresses from the horns of the noble deer, which were used by shamans. 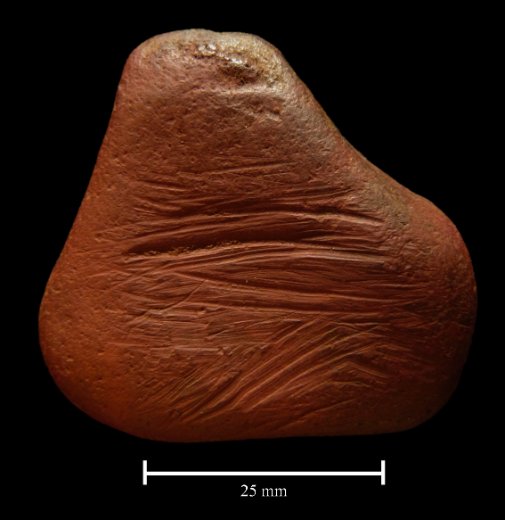 One end of the chalk was piled on both sides, so that it resembled a pencil. In addition to the chalk was discovered another piece of ocher, but he was more like a pebble.