In England, found the remains of the cult of the Neolithic era 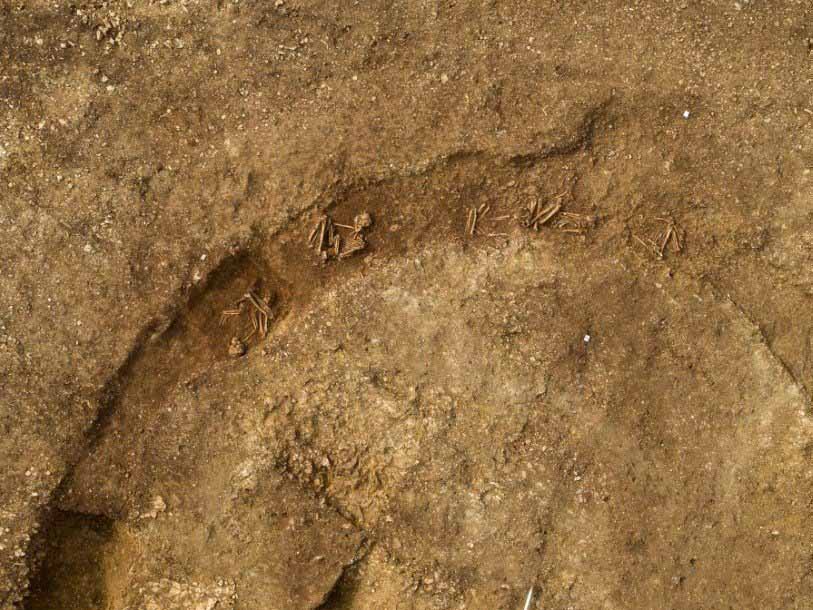 Near the English village of Newbold-on-Stur, to the south of Stratford, were found the remains of a cult building of the Neolithic era and a group burial. The availability of archaeological sites in the wasteland intended for construction was suspected after a geophysical survey in 2016, at the same time excavations were started, which continued this year.

As a result, archaeologists have established that in ancient times there was a henge on this place – a round platform with a diameter of about nine meters, surrounded by a moat and an earthen rampart. Similar structures are typical for the Neolithic of England. They did not carry defensive functions, but represented religious and ritual buildings.

In the henge near the village of Newbold-on-Stur, scientists found five skeletons buried in one of the segments of the ring ditch. This is a very rare finding for this area, since the acid soil usually prevents the preservation of bones and other organic materials. The burial was carried out carefully, the remains were not superimposed on each other. Three internal skeletons were turned to the west, outside the henge, and the two extreme ones to the east, inside the henge.

Worker archaeological service Warwickshire Nigel Page (Nigel Page) reports that now the remains are sent for examination. Experts intend to establish the sex and age of the buried people, the possible causes of their death and other details. It is possible that the buried are relatives to each other. The results of radiocarbon dating of the remains will be obtained in June. The henge archaeologists date from 6000 to 4000-3000 BC.