In England, they found the skull of a ritual murder 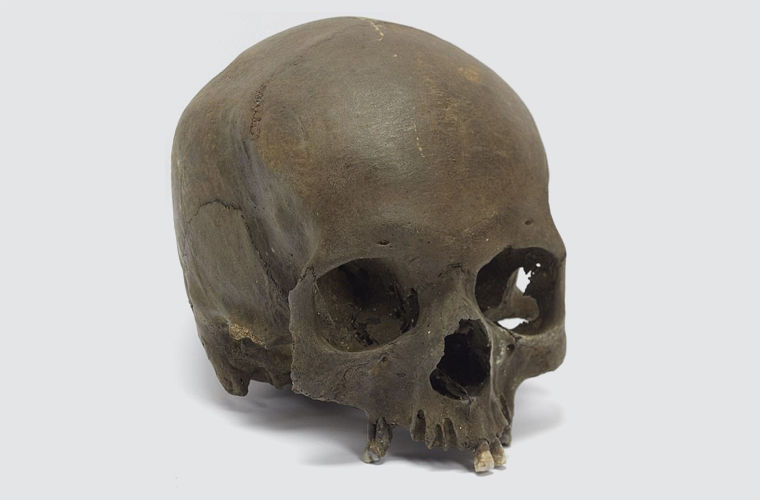 Archaeologists have discovered that the mysterious skull, discovered by a dog in English Langport, Somerset, refers to the late Iron Age.

Studies have shown that the skull belonged to a woman at the age of 45 years or older who suffered from a chronic illness throughout her life
Presumably, her head was deliberately separated from the torso during life or soon after death, which could be part of the ritual sacrifice.

Roger Evans from Newtown found a skull on the bank of the river Sowie in Langport in March 2017. Months of study of the skull showed that the woman lived in the period between 380-190 years BC. e., Several centuries before the first Roman invasion of Britain.

An analysis of specialists in human bone tissue showed that the ancient British suffered from gum disease and tooth loss.

The woman’s diet included rough food, from which her teeth were worn and led to severe osteoarthritis in her jaw. It also turned out that in childhood the woman had at least one episode of chronic illness.

Archaeologists say that decapitation is not something unusual for the Iron Age, but the fact of placing the head in a wetland near the wooden structure is very rare and perhaps speaks of the practice of ritual in the aquatic environment.