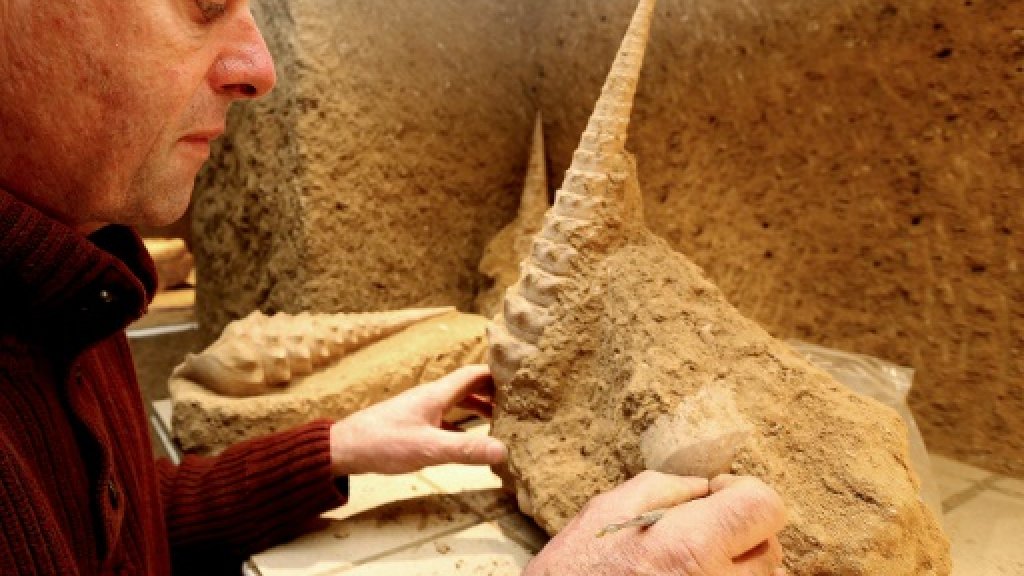 In the underground caves of the French province of champagne had thousands of shells age of 45 million years. Captivated thick layer of limestone in the winding galleries of length 250 m are well-preserved remains of shellfish, which have not been touched since their sudden disappearance from the face of the Earth.

In addition to cephalopods and tiny shells, some of which are microscopic, in the champagne caves found Campaniles giganteum — gastropod with a spiral tubular shells, with a length of 40-60 cm.

In the period lutskogo layer (47,8–41,2 million years ago), the champagne region was covered by a warm sea, and there reigned a tropical climate. The underground galleries are situated at a depth of 28 meters. Shell is well preserved. Homogeneous composition of calcareous rocks and a waterproof layer of clay allowed them to stay inside and smooth glossy outside pearl. Was catalogued 300 species.