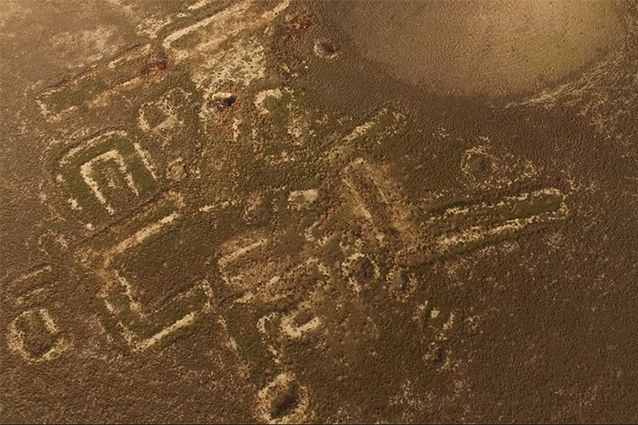 In Georgia, next to the mound of the bronze age, archaeologists discovered a huge ancient settlement, according to the National Agency of cultural heritage of the country.

Ancient settlement discovered in Kakheti in Eastern Georgia on the banks of the Iori river. The ancient settlement covers an area of 25 thousand square meters! Buildings consist of walls with thickness up to 1.2 meters. For the erection of buildings was used Adobe brick. The buildings were of different sizes and shapes.

According to archaeologists, the structures of the ancient metropolis was damaged as a result of a strong fire. To the East of the settlement is a large mound with a diameter of 115 meters and a height of 20 meters. It is the largest of all discovered in the Georgia hills.

During the archaeological survey were found on various items. For example, covered with red paint utensils and grinding stones, and other materials, including bassinet. What period is the settlement, archaeologists still unknown. In 2017 it is planned to bring together an international group of archaeologists to begin excavating a mysterious ancient city.