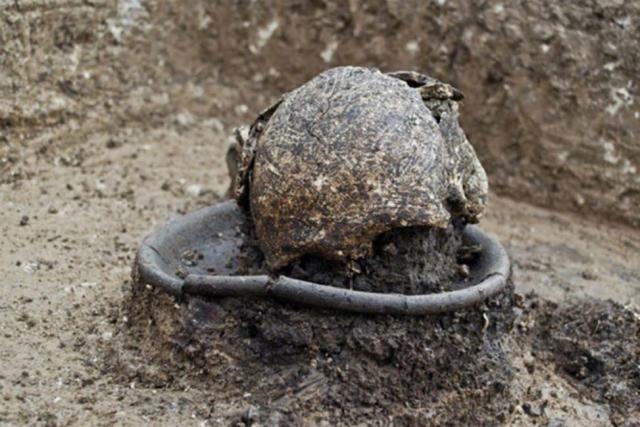 A group of Georgian and Polish archaeologists during excavations in the area Beshtasheni in the South-East of Georgia found 16 burials of the late bronze and early iron age. Most of the graves were covered on top of boulders or mounds of rocks and soil.

The most interesting for the experts was the double grave in which were buried a man and a young woman. Their bodies were deprived of the head. In the skeleton, the researchers found two tip from the bronze arrows. One stuck the woman in the leg. The second was in the ribs next to my heart. Obviously, the arrows were the cause of death for women. The woman was between 17 and 25 years male 19-25 years. Next to their skeletons were a bronze axe bronze long plate with geometric figures and ceramic vessels. Both bodies were lying on the right side in the fetal position. 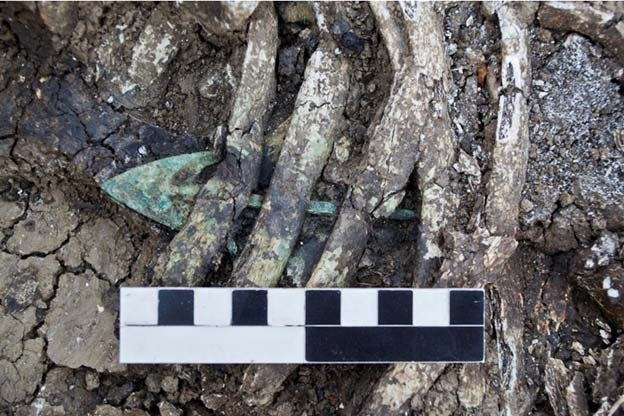 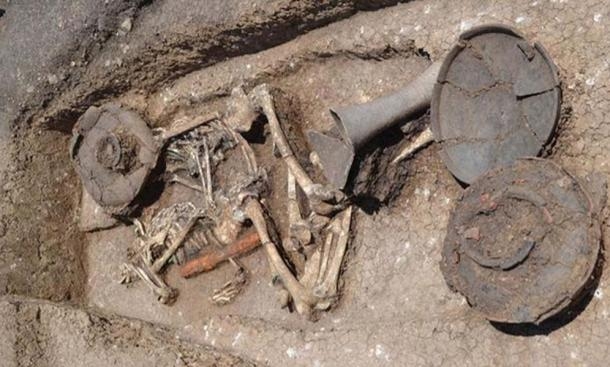 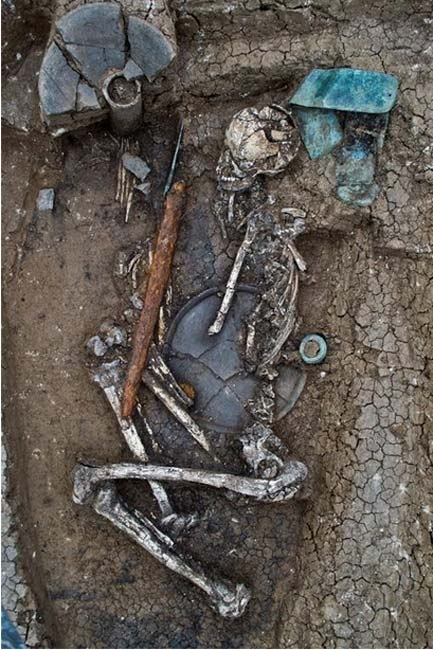 Another interesting burial – a female burial, in which the head of a woman aged 17-25 years was put on a plate surrounded by beads, small vessels and poorly preserved metal objects.

Attention of specialists attracted another burial with the remains of a man. He was also buried in the fetal position. In the tomb archaeologists have found decorated with images of deer and horses axe with a length of almost two feet, bronze and iron arrowheads, horn, and bones of animals, including pigs.