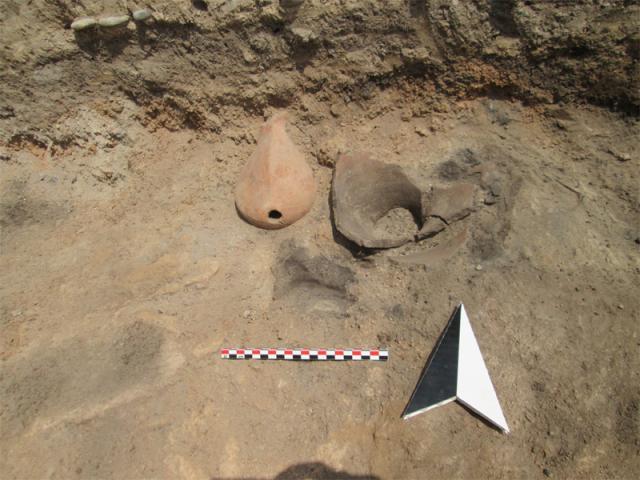 In the course of excavations in the area of the archaeological site of Aradeti Orgora 100 km West of Tbilisi Italian scientists from the University CA` Foscari together with their Georgian colleagues found fragments of a ceramic vessel with traces of wine inside.

In it the researchers found pollen of Vitis vinifera grapes. The age of the vessel, made in the form of the animal, amounted to about 5 thousand years.

The artifact had three small feet and a hole from the back side. His head is not preserved. The object was discovered along with another vessel KURO-arakaki culture on the fire exposed floor is rectangular in shape. Maybe this place was a sanctuary.

According to the results of the radiocarbon analysis, the items were made in 3 thousand – 2.9 thousand BC According to Italian experts, the wine could be used as an offering to the gods. It is not known whether the drink is drunk during ritual ceremonies, or he vanished.