In Indonesia, found a stone reliquary with gold plates 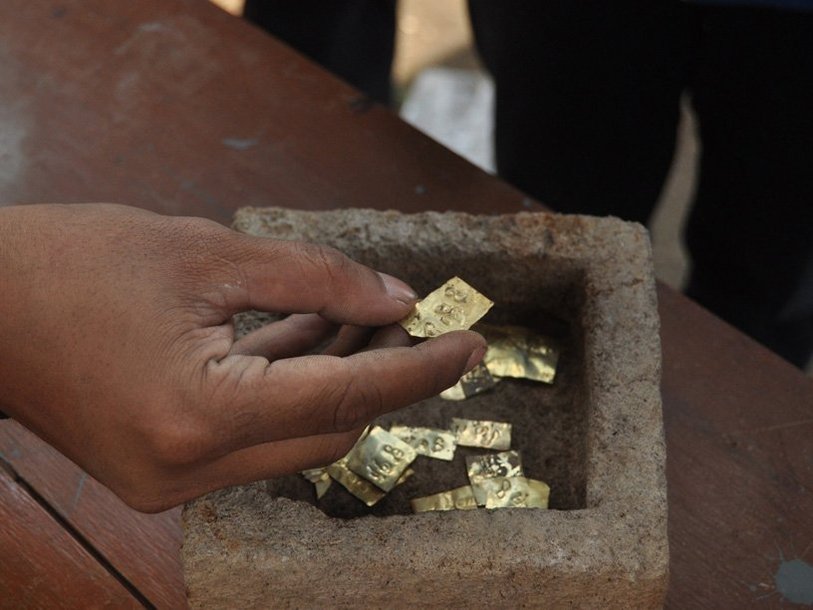 In the Indonesian province of Central Java during the laying of water pipe was discovered a stone ark with 22 gold plates on the ancient divine guardians.

The find was made in the village of Ringelai. The builders stumbled on a small stone ark 14 by 13.5 inches. Its height is only six inches. The place was invited archaeologists who recovered a find from the ground. Inside was a thin plate 22 made of high-grade gold purity of 18 carats.

Scientists say that they are in excellent condition. On each plate there are inscriptions made on drevneevreyskom language. They are devoted to the so-called Lokapalas – gods of the world. On plates engraved with the names of eight of them, in particular, of the gods Indra, Yama, Varuna and others.

Javanese Hinduism also includes the ninth patron God of the center. Together, these deities are called Devata Nawa Sanga, or nine divine guardians. Preliminary analysis showed that the plate was created about five centuries before the advent of the Empire Magagamit – States that existed on the island of Java from the XIII to the XVI century.