In Ireland found a huge chunk of prehistoric oil 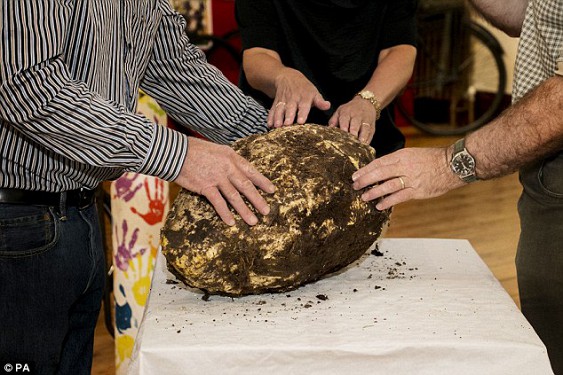 Workers found in an Irish bog giant piece of oil the age of 2 thousand years.

An unusual artifact weighing nearly 10 kg, was found on the border of 3 ancient baronies. Scientists know that in ancient times, the oil is often kept in the swamps, however, discovered a piece is considered as an offering to the gods. According to experts, the people who lived 2 thousand years ago, especially “drowned” oil to the gods helped to protect the earth from enemy attacks.

It is interesting that, according to the workers found the artifact continued to “smell like oil” and seemed “quite edible”.