In Ireland, found the ancient image of the rider 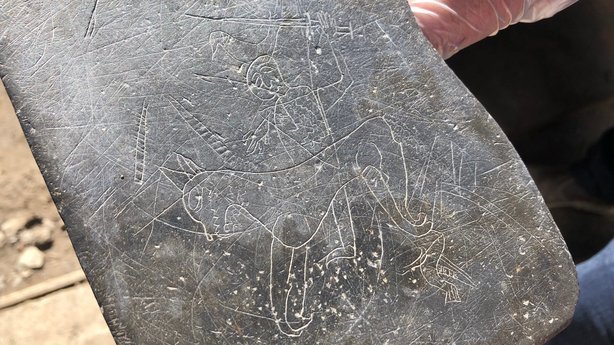 During the construction of the hotel in Dublin, the remains of the XII century buildings, as well as several artifacts, including a stone with the image of a rider on horseback, were discovered.

In total, nine structures of twigs and wood dating from 1100 were found in the course of the works, five of them were apartment houses, the rest were sheds where animals could be kept.

Due to the fact that this place was flooded, it was possible to find well-preserved leather shoes, a wooden spoon, a bowl, a key from a copper alloy, as well as a number of other household items.

A stone with the image of a rider was found at the back of one of the houses. On him, a man holds a shield and a sword. Nearby are two birds.

In addition to these artifacts, objects and structures of the 13th-14th centuries, including fragments of jugs, as well as traces of a leather workshop, were discovered.

All findings will be transferred to the National Museum of Ireland.