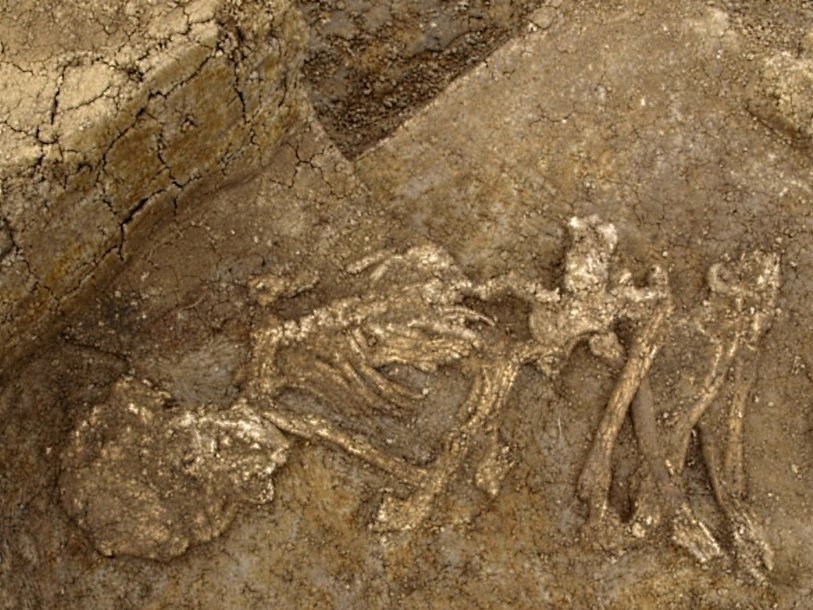 In Irish Park Cavan Burren near the border with Northern Ireland, digging a hole, the badger removed from the ground the fragments of an ancient burial site. According to scientists, they’re all at least 4,500 years.

Burren, the Park is famous for its numerous prehistoric monuments, many ancient megalithic tombs, stone dwellings and rock art works in the Park. Near one of the destroyed ancient tombs historian Séamus Ó hUltacháin and archaeologists Sam Moore, Vicki Cummings and Colin Richards stumbled upon heaps of earth, thrown up on the surface digging a hole a badger. Among soil were 14 burnt fragments of human bones and flecks of charcoal.

As the researchers say, the cremated remains were buried next to the stone tomb. Some of the found fragments no larger than a fingernail. The largest of them – the femur – was taken to Queen’s University in Belfast, where experts conducted radiocarbon Dating.

As they found, the remains were buried approximately 2438 – 2200 BC According to Seamus O Pultahan, it makes the bones of an ancient discovery in the region.