In Israel found a guard Fort the time of king Solomon 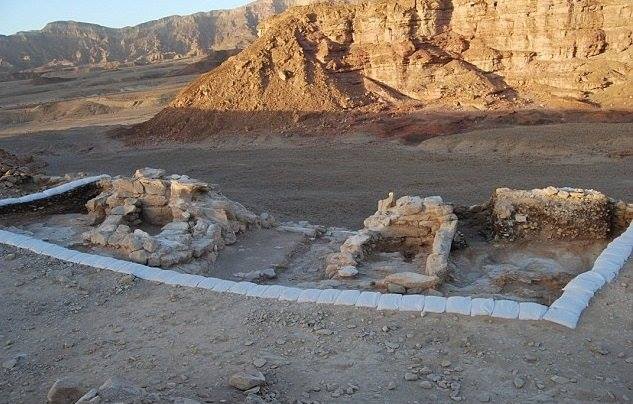 The remains of the watchtower of the Fort, referring to the biblical time of king Solomon, was discovered in Israel. The discovery could shed light on the conflict suggested in the old Testament between the Israelites and Idumeans in the 10th century BC.

The archaeologists, headed by Erez Ben-Yosef of tel Aviv University found a guard of the Fort that has features suggesting iron age settlement. He had a complex system of defence and was used as an administrative office for trading.

The excavation revealed the entrance to the camp in the valley of Timna and included an impressive watch with two rooms and flanking the passage leading through its thick, defensive walls.

It is likely that the entrance to the camp was a local landmark and played an important administrative role in managing the flow of people and goods entering and leaving the camp.

The results of this study shed new light on iron age society, which was engaged in copper production in Timna.

This underlines the complexity and centralization of the organization and its participation in interregional trade, write archaeologists in the study.

Copper deposits of the southern Levant have been in use for many centuries and although there is no mythical description of minerals of king Solomon in the Bible, there are references to the conflicts between Israel and Idumeans said Dr. Ben-Yosef.

Copper was a rare commodity at the time, and it was very difficult to produce. Copper – like oil today, perhaps, was the most desired product, it was in the heart of military conflicts. The discovery of fortifications indicates a period of serious instability and military threats at that time in the region, – explained the researcher.