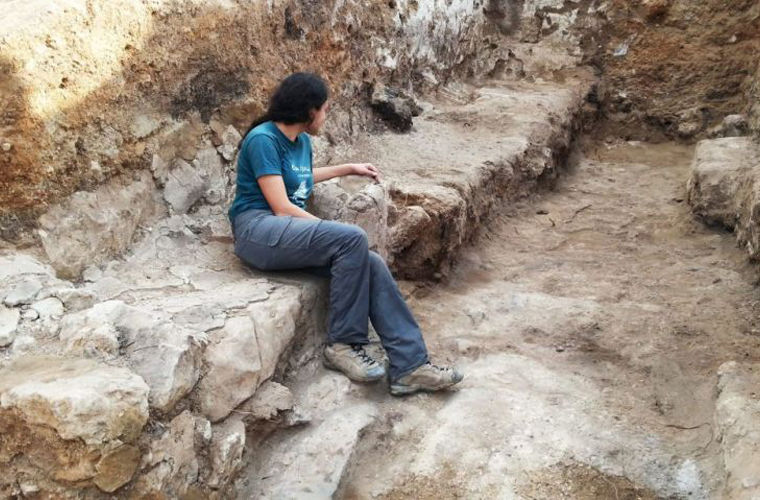 Israeli archaeologists have discovered the lavatory age of 2800 years, which is a confirmation of the legend about the Hebrew way of dealing with idolatry.

In the course of excavations of the ancient Jewish Kingdom, Lachish was discovered pagan temple, converted into a toilet. Thus, according to archaeologists, at that time desecrated the temples of the idolaters: even if the toilet never used, in its place, no one would want to restore a religious building.

In Israel, during the excavations of the ancient temple, whose age is more than 2,800 years, was found an unusual stone, shaped like a toilet. The finding may serve as proof of the biblical story of king Hezekiah, according to archaeologists from the Israel antiquities authority (IAA).

Explain what Hezekiah was one of the most prominent kings of Judah. He was famous for his religious reform in the eighth century BC. Hezekiah has eradicated the pagan idolatry. According to legend, the father of Hezekiah, was a godless man, and during his reign flourished paganism. As soon as Hezekiah came to the throne, he ordered to eradicate the belief in the pagan idols and destroy the related attributes (objects representing deities or animals, which were worshipped by the people). 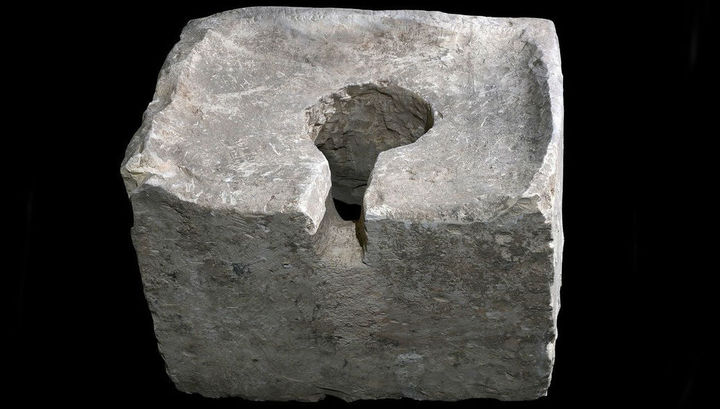 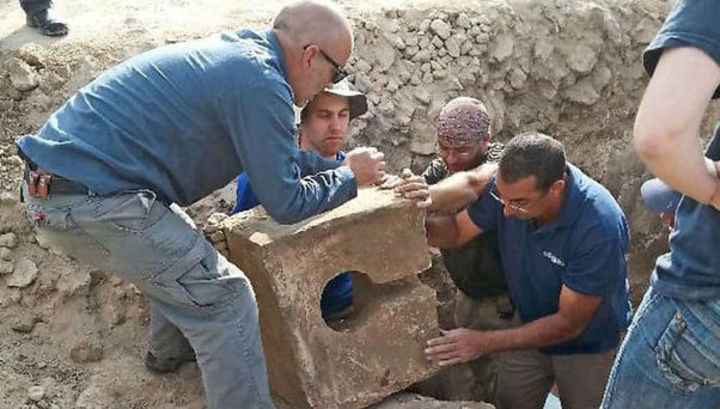 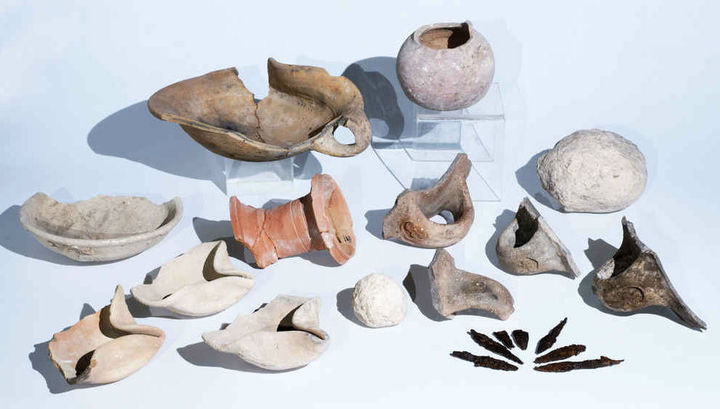 Thus, according to the book of the kings, two books of the canonical Hebrew Bible, king Hezekiah removed the shrines on the hills, smashed the sacred stones and cut down the pillars of the ushers.

But back to the discovery. Stone bowl, in the shape of a chair with a hole in the center (like on the first pictures), was found in one of the six rooms of the monumental gate in the ancient city of tel Lachish (Tel Lachish) – approximately 40 km South-West of Jerusalem. The gate was a kind of temple, and setting this toilet served as a symbolic act of desecration of shrines, scientists say.

In the Bible there is a description of the history of the destruction of places of worship by establishing them in the toilets. Did king Jehu, a warring against the worship of the pagan God Baal. They carried away the pillars of the house of Baal and burned them. And they did beat the statue of Baal, and destroyed the house of Baal, and made it a latrine, (as is) today, according to the Book of Kings.

According to experts of the Israel antiquities authority, the discovery is the first archaeological evidence of the practice of desecration of places of worship in this way – finding toilets.

The temple-gates in the National Park of tel Lachish was discovered a few decades ago, but today’s work has helped to fully reveal almost all the secrets of the massive structure. Gate height of about four meters housing six rooms, three on each side of the main street, which took place between them.

For example, in the first room, scientists discovered benches with armrests. According to the biblical narrative, the city gate was the place where everything was: the city, the elders, judges, kings and other authorities, and each could sit on these benches, ” says Sa’ar Ganor, head of the archaeological work of the IAA.

Archaeologists also found vessels, scoops for grain, terracotta lamps and knobs from the pots with stamps on them. Printing was a Royal emblem of Hezekiah, and contain the name of a senior official during the reign of Hezekiah.

Aperture, which was found in the corner of one of the rooms, led to the Holy of holies, and to our delight we found two altar — adds Ganor. Although it is not known which deity was worshipped in this temple, it is clear that the cult was destroyed, since the altar had been deliberately smashed. In addition, there was installed and the old toilet in order to better emphasize the inability of the pagan idolatry in this place.

According to archaeologists, this is the first finding has confirmed the statement in the Bible that the toilets were installed in a pagan cult places, to desecrate them.

By the way, laboratory tests showed that the toilet had never been used. According to archaeologists, the installation of the toilet was purely a symbolic act.