In Israel found silver coins from which 2 thousand years 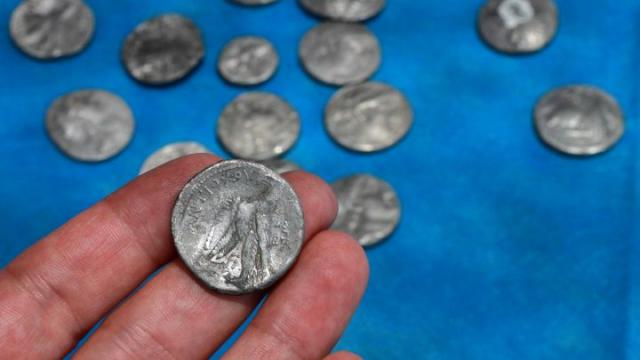 The Israeli antiquities authority reported the discovery of 16 silver coins, whose age is more than 2,1 thousand years.

The coins were found in the city of Modiin in a crack in the ancient wall. Coins were minted North of modi’in in the Dash. On one of their sides visible image of Antiochus VII and his brother Demetrius II. The coins date back to 135 – 126 BC They were collected within a dozen years.

Archaeologists also found at least a dozen wine presses and a series of bronze coins minted by the Hasmonean kings.