In Israel, they found a coin with Pontius Pilate

Israeli archaeologists have discovered an ancient road that led to Jerusalem 2 thousand years ago. The length of the site found was about 1.5 km. The width of the road reached about 6 meters. Between the stones of the pavement, researchers came across four coins, one of which depicts the famous Pontius Pilate.

The remains of the road were excavated next to the village of Mata, where it was planned to build a water pipeline to Jerusalem.

According to Israeli experts, the road once connected the Roman settlement Eleuferopolis (Beth Hurwyn) with Jerusalem. On this road, products were delivered to the city (grain, oil and wine), which were sold on the local market. 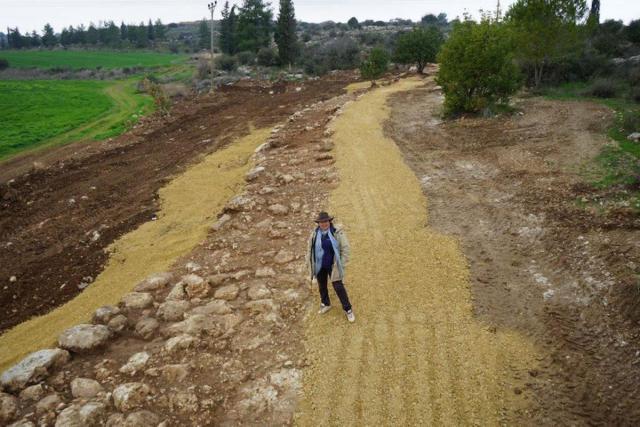 Among the found coins – a coin depicting Pontius Pilate, dated 29 AD, and a coin of the First Jewish War.

The Israeli Antiquities Authority and Mei Shemesh Corporation agreed that the road will be preserved.