In Israel, they found a stone for breeding fire that is 9000 years old 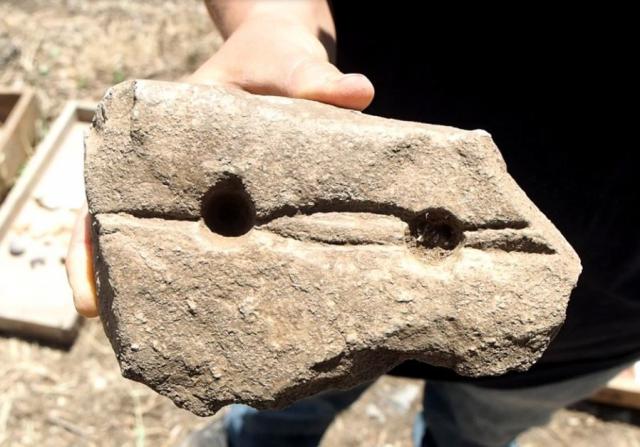 Israeli archaeologists have discovered a stone near Ramat Beit Shemesh, whose age is estimated at 9000 years. The fragment had holes. According to experts, it was used to obtain fire. Although some experts believe that they are part of a primitive ancient game.

The holes in the stone could be filled with some quickly flammable material. Inside, inserted a branch, which with a simple device twisted with great speed.

The stone was found about a week ago near Ramat Beit Shemesh, 40 km south-west of Jerusalem. Archaeological excavations in this place preceded the construction of a motorway.

In addition to the stone fragment, scientists found part of the bracelet, as well as flint tools and animal bones.