In Italy have found an ancient skeleton in chains 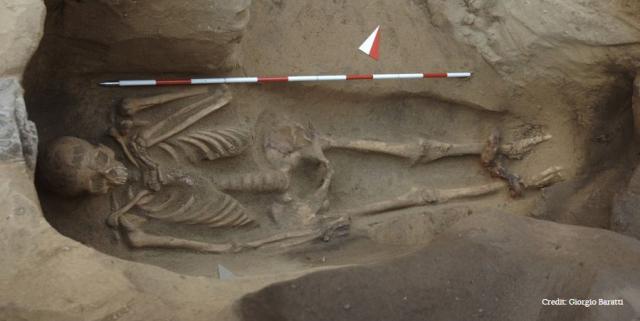 Archaeologists during excavations in Tuscany in Italy discovered an ancient tomb in which was the skeleton of a man with shackles on his feet and an iron ring on the neck. The age of the remains, the researchers estimated at 2.5 thousand years.

According to scientists, this is the first Etruscan grave with a skeleton in chains. Unusual grave was found in Populonia, an Etruscan settlement located on the coast. The grave was just a hole dug in the sand. Archaeologists believe that the remains belong to a man aged 20-30 years. 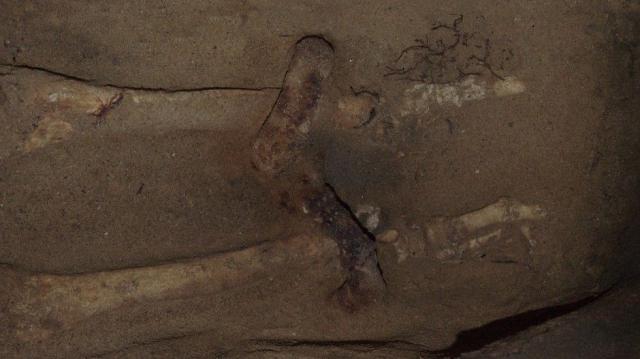 On the finger of his left hand was a metal ring that could be part of the device impede its movement. Buried in the grave of the man could be a slave or a person who was punished for some offense.

Despite the absence of any offerings, the researchers were able to date the burial to the V century BC, the researchers plan to analyze DNA in order to determine whether the person is suffering from some disease and if he was a foreigner or a local resident.