In Japan, a well-preserved ancient bronze mirror was found 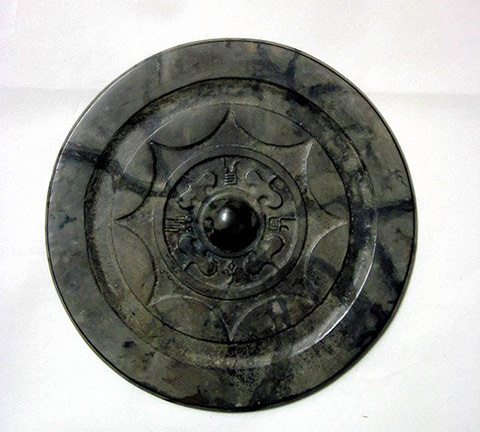 An unexpectedly well-preserved mirror, made in China about 1.9 thousand years ago, was discovered by archaeologists in the Japanese city of Fukuoka.

The artifact of the Yayoi period was found in the area of ​​the Nakashima archaeological monument in April of last year, along with ceramic fragments at a depth of about 2 meters at the site of the village that existed in the past.

According to experts, it’s amazing how such an object could have survived in such a beautiful condition.

A bronze mirror was made in China at the end of the Han dynasty (25-220 AD). The diameter of the product was 11.3 cm. On the surface of the mirror there is an inscription that can be translated as “for the eternal good of future generations”.

If other bronze mirrors of the same period were found broken or covered with patina, then this mirror was completely without any plaque. It still perfectly reflected the person’s face. Scientists believe that the special moist environment in which the artifact was located helped to protect the object from oxidation.

Researchers believe that the mirror could have some ritual significance, since it was not found in the burial, and therefore was not a funerary offering.