In Japan, found a hoard of Roman coins 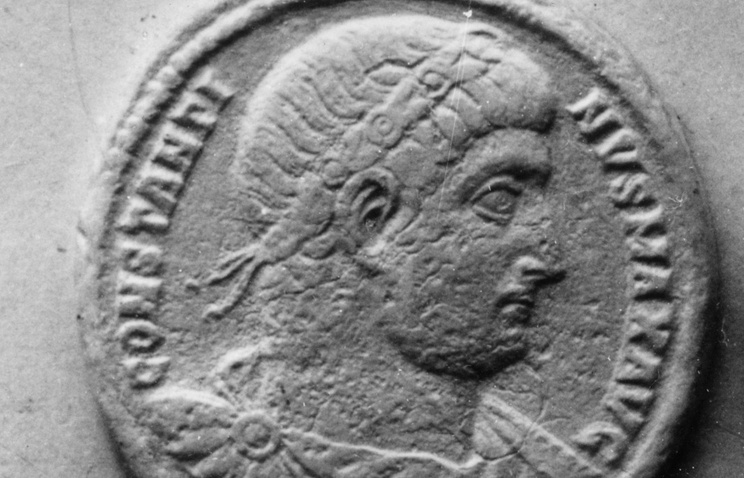 In an ancient Japanese castle, archaeologists found a hoard of Roman coins. It is the first record of Roman origin on the territory of the monuments of medieval Japan. Roman coins came to the country of the rising sun, scientists do not yet know.

Four copper coins with virtually washed out images found on the grounds of the castle Katsuren (XII-XV centuries) on the Ryukyu Islands near Okinawa, was printed in the Roman Empire in the III-IV centuries. To determine this was accomplished by the study using x-rays. It showed that on the coins was engraved the profile of the Roman Emperor Constantine I the Great, who ruled Rome from 306 for 337. the Emperor Constantine famously moved the capital of Empire to Byzantium (Constantinople) and made Christianity the dominant religion.

On the reverse side of the coins depicted a warrior with a spear.In addition to the four copper coins with the image of Constantine in the castle were found five coins of uncertain origin.

From the early fifteenth to the late nineteenth century on the Ryukyu existed a sovereign state that is actively traded with China. In China, Roman coins are not uncommon, but in Japan found them for the first time. Yet it is also not clear what value was represented by the foreign coins for the island’s inhabitants and why they were so long and so carefully preserved in the castle.