In Japan, found an ancient artifact depicting a human face 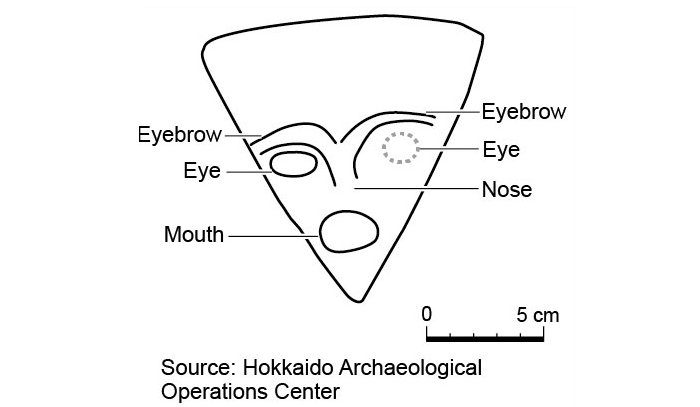 On the Japanese island of Hokkaido, a piece of stone was found on which, according to archaeologists, a human face was depicted, writes The Asahi Shimbun. The age of the fragment was estimated at 4,300 years. According to the researchers, the artifact was created in the middle of the period jomon. 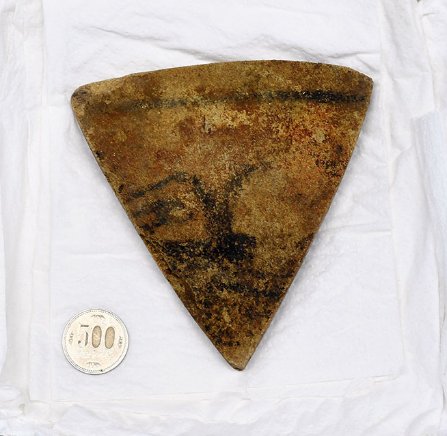 The subject was discovered in October of this year. The stone fragment lies in the place where there is used to be an ancient dwelling.

The size of the artifact is 12 x 13 cm. The thickness is 1.4 cm. The object was made using a grindstone or some other device. In form it resembles an inverted triangle.

On the piece of stone there are black lines of the line, which, according to archaeologists, form a face with eyes, nose and arcs of eyebrows.

Most likely, the object was used for ritual purposes.