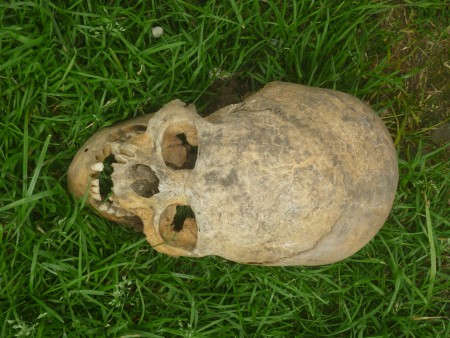 In Kabardino-Balkaria by archaeologists of the State historical Museum was found burial of people with deformed skulls, the so-called long-headed.

According to publisher and local historian Viktor Kotlyarov, back in 2011 in the upper reaches above the village of Zayukovo black archaeologists have been actively raskupayutsya ancient necropolis, who people called “Cemetery of the Narts”. It took a few years to a burial, called by archaeologists the “Third Zhukovskoe burial ground”, was taken under state protection. With 2014 here leads the excavations of the archaeological expedition of the State historical Museum. The past year has been marked by major discoveries. Rich in them was current. Opened grave in which was the skeleton of a man with a deformed skull. It belongs to a girl about 16 years old. The skull is well preserved in the presence of even teeth. A Sarmatian burial, refers to 3-4 century ad.

Who owns the skull of the second long-headed we don’t yet know is his condition is much worse.

It is worth Recalling, says V. Kotlyarov, a couple of years ago, some long-headed skulls were found a little lower on the right side of the village of kendelen.

Hippocrates, the famous Greek physician, (460 – CA. 377 BC) in work “About air, waters and localities’ wrote: “I will be silent on those peoples, whose differences are hardly noticeable will tell only about those that represent important features, derived from nature or from custom. First of all I will say about long-headed. There is no other nation that would have a similar skull shape. Initially, the most important reason for the elongated shape of the head was the custom, and now nature is promoting the custom arose because they consider those the most noble who have the longest heads. This custom is as follows: as soon as the child is born, yet his bones are soft, netverdix his head right hands, and forced to grow in length by means of bandages and other appropriate devices, due to the spherical shape of the head deteriorates, and its length increases. Originally did so according to custom, so that this form was attached to the head a violent way but over time it has become the nature, so the tradition has not raped her.”

Here is another interesting testimony. Konstantin Alexandrovich Chkheidze, author of books about Kabarda and Balkaria (“the Country of Prometheus”, “Wings over the abyss”, “Bride of the mountains”, “the Traveller from the East”, etc.), left the memories, which are called Events. Meeting. Thoughts.” That’s what they, in particular, reads: “the roots of the history of Kabarda go back to ancient antiquity. In Kabardian legends referred to a mysterious connection of the people of Egypt of times of pharaohs. The question this dark, but it is known that during the excavations conducted on the territory of Kabarda foothills areas in the ancient tombs was found a skull with elongated shape, have also found the scarab. This form is created by artificial means – the head of the newborn baby swaddled in a special way. This form of skulls, as far as I know, found only in two places: in Egypt and Kabarda”.

Verify that the scarab is a beetle, sacred in Ancient Egypt: stone amulets, and jewelry served as the objects of worship of the Sun. These figures indeed found in several graves on the territory of the Republic, as everyone can see the national Museum of the CBD.

In the vaults of the past are stored and elongated skull. And they occur not in two places, as he wrote to K. Chkheidze and widely: for example, a number of tribes of South America and North America, and the Maya deformation was practiced until recently.

Graves Caretta in Kabardino-Balkaria, a lot. So, Balkar Taube Nauruz Urusbi made a report at the 28th meeting of the anthropological and ethnographic departments of the Imperial Society of Amateur natural scientists, held in the Grand auditorium of the Polytechnic Museum. In this report (published in 1886), in particular, says: “these Skulls was found in two different areas: two of them near the village Urusbievo, and the other two in the town of Otluk-Kala. The distance between them is no more than 30-40 miles. As the village Urusbievo and Otluk-Kala is located in the hill lane (near Elbrus) Terek region, where the highlanders, Tatars, which is commonly called the Balkars”. 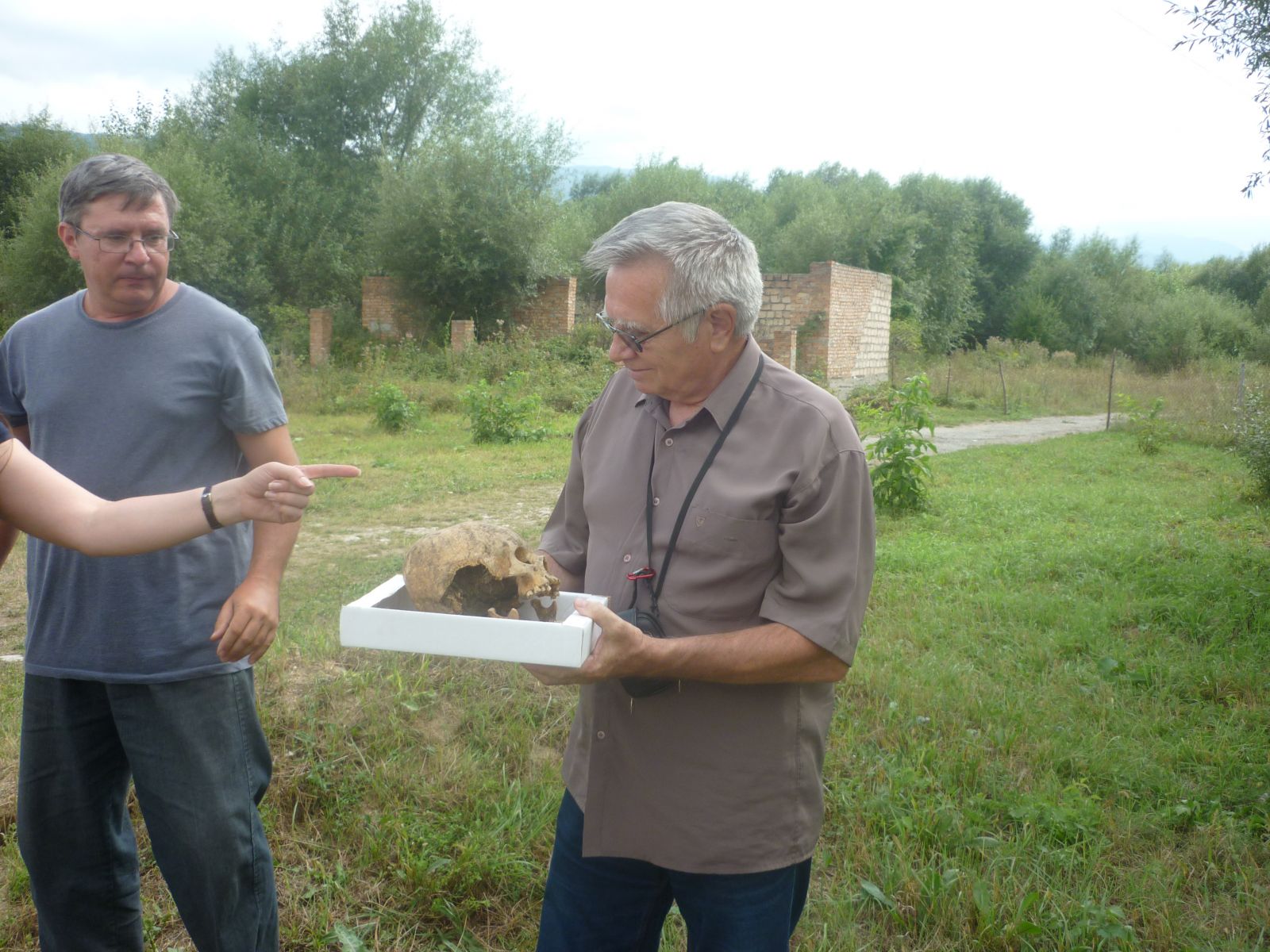 And here’s what he wrote archaeologist Ismail Miziev: “eight miles from the confluence of Asauca to Malka, where now stands a farm, with our backs to the rocks, to the right of the road was once a large cemetery. Part of it consists of ground pits lined with stone slabs, and some of the underground crypts. And those and others at a cemetery and belong to one and the same time – -–I centuries. In both skulls had been artificially elongated – deformed. Many tribes of the Azov sea, the Volga and the North Caucasus this ritual skull deformation in infancy had existed from the first centuries to the seventh century ad. In the Caucasus it is, of course, introduced, for by this time, such of the skull is unknown here. It is curious in this connection to remember that the city of Tyrnyauz in 1968 managed to fix the mass grave in the underground crypt of the V–VI centuries ad, where they met the skull normal and deformed”.

What is the goal of those who influenced the shape of the skull, using a variety of forms and methods, ranging from special wooden fixtures to tight bandages? By and large, only one: to disproportionately elongated head.

Then, I ask, for what? What purpose serve, what functions were performed by long-headed? Why the ancients came to these experiments? After all, in addition to the mass of inconveniences that have caused the process of forming an elongated skull, practice has shown (and modern medical research has confirmed) that such ones do not last long. Moreover, people who are tormented by constant headaches, often inadequate, that is to say, not of this world – hysteria visionaries.

Perhaps in this lies the answer to the question? Putting the brain in an uncomfortable position, forming a new reality, not made if the people involved in the deformation, the caste of those who open the future? 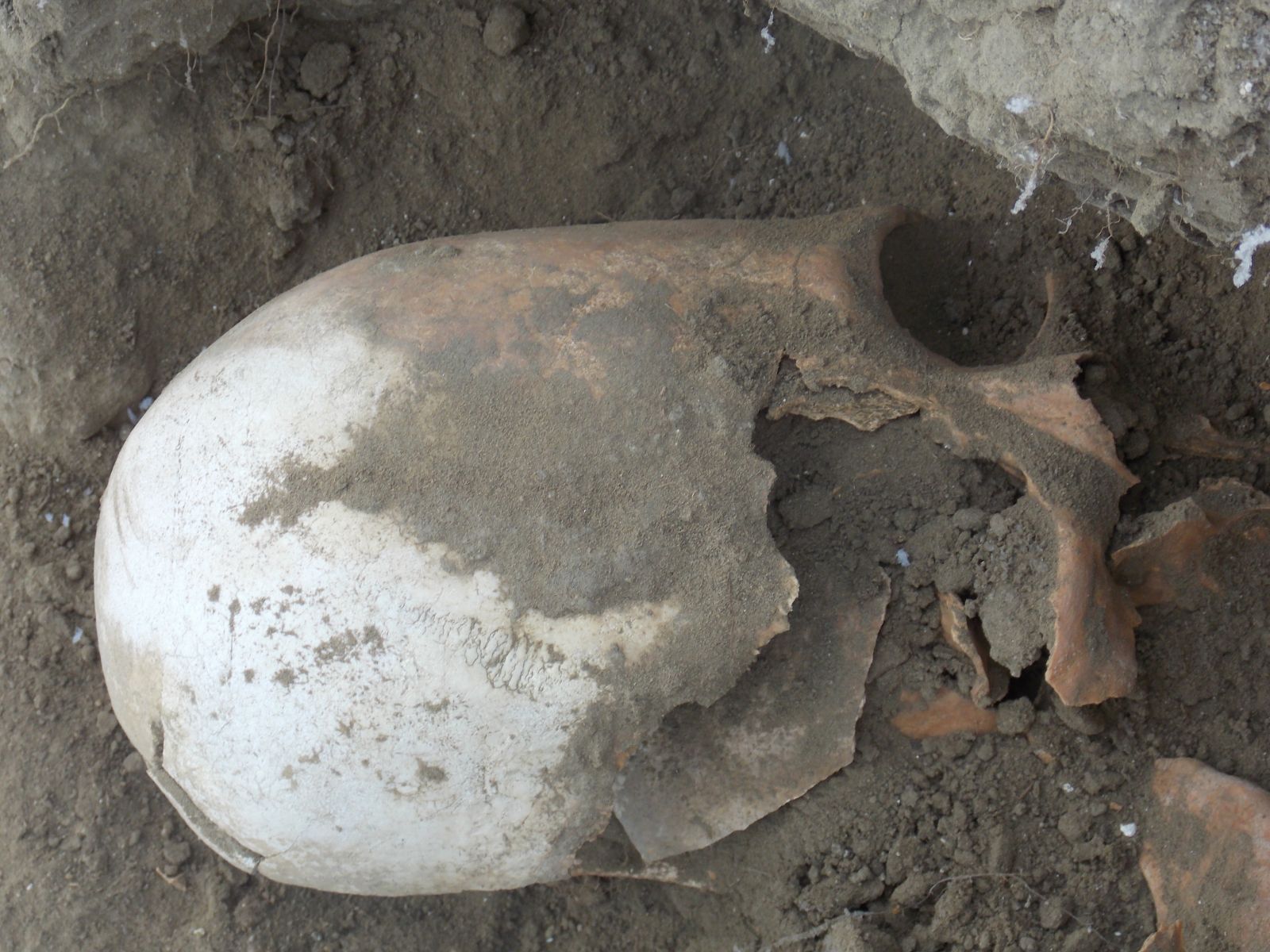 Most modern scholars agree that the change in the shape of the skull affected various areas of the cerebral cortex, contributes to changing the skills of the person. But exactly how and what this change manifests itself, in particular whether the effect on mental abilities is unknown.

But if not neurophysiological version, then how else to explain the reason for such a long universally-uniform desire for pulling skulls? Cult ritual? Then what is his motivation? Genetic memory based on the appearance of aliens, members of an alien civilization that once visited Earth and founded the human race? Version has the right to life, but still just as fantastic.

But long-headed – they are after all the earth: lie in graves close to their compatriots-contemporaries and nothing but skulls, not differ from them, – says Vladimir Kotlyarov.