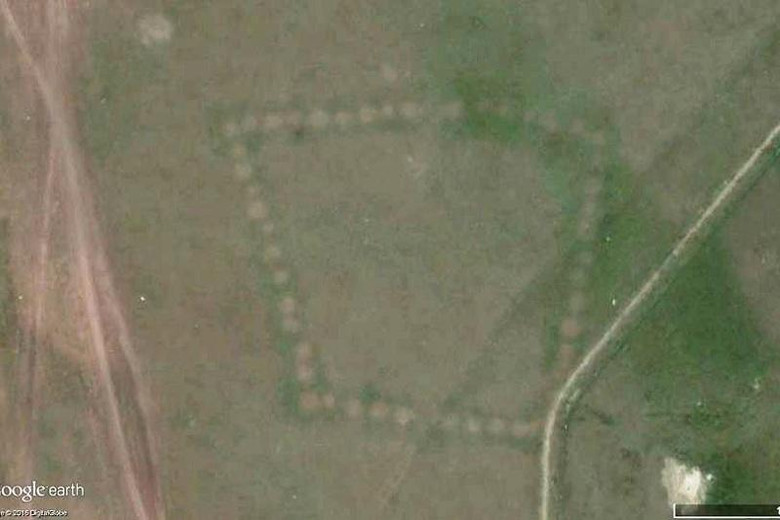 Researcher, discoverer of Torgay geoglyphs, Mr Dey reported on a new discovery – Nazca “Kostanay tetragon”. It was discovered using satellite imagery. Created approximately 3000 years ago, the tribes of the bronze age as a religious building. This is the final stage of construction ORGANOARSENIC of geoglyphs in the Turgay trough.

Geoglyph is almost invisible on the ground a rectangle large square. The size of the two longest sides – 171 meters and 137 meters.

“It ORGANOARSENIC geoglyph in the shape of a trapezoid. Unfortunately, the soil from which built the geoglyph is a soft black soil, so the safety of the embankments is very poor, almost invisible on the ground”, – says Dmitry Day.

However, in photographs taken from space satellites in the framework of the project Google Earth, the outlines of tetragona more than obvious.

“The new geoglyph has a unique location just 1.9 km from a suburban village Zatobolsk, if we move along the road M36,” says Dey. 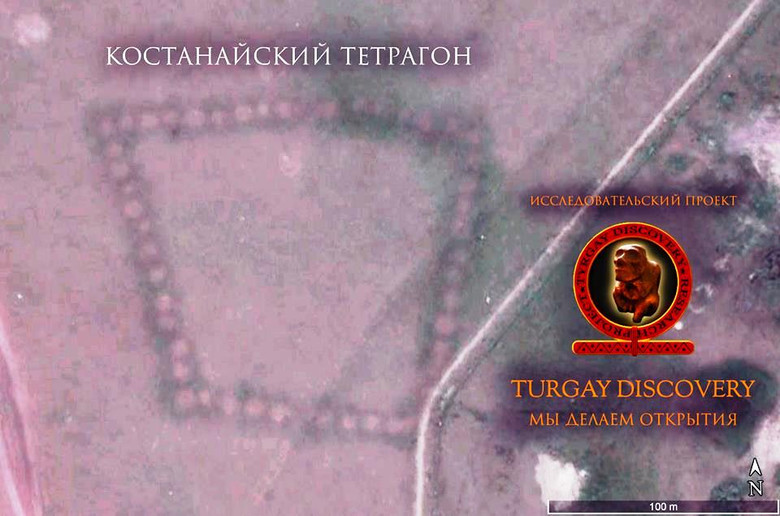 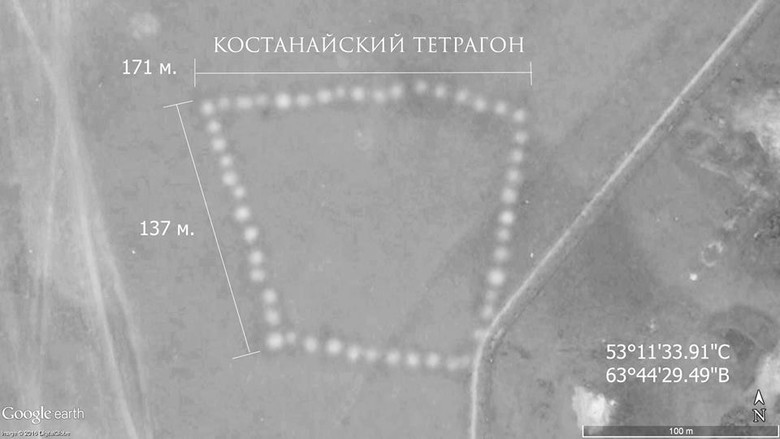 In his opinion, this proximity is a good chance to make the discovery of a vibrant tourist attraction. Besides, according to the researcher, “Kostanay tetragon” is the former so-called “Sun Temple”, built by ancient people. Such objects are powerful energy centers that attract the attention of mystics from around the world and numerous tourists interested in esoteric matters and the search for the mysterious forces.

In General, the research group of Dmitri Activities on the territory of Kostanay region have established 297 of the geoglyphs, but ORGANOARSENIC of them are only 74.

Six months later, in March 2017, the opening of the Turgai ancient buildings (their age from 1,5 thousand to 8 thousand years), which is composed of mounds in a large area of various shapes – rings, crosses, pyramid, will be 10 years old.