In Kazakhstan found the footprints of giants 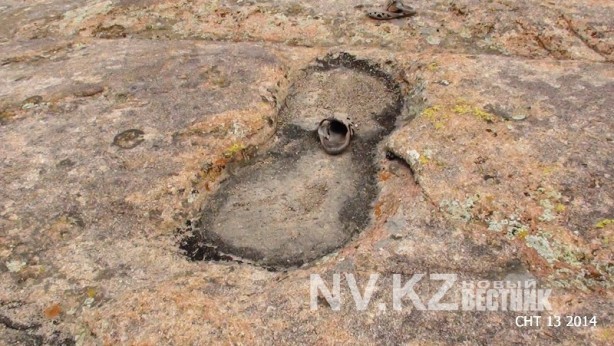 The huge footprints left by a giant human foot discovered in Kazakhstan. Vyacheslav Plokhov sure that once a part of lake Balkhash and tracts bectauata the giants lived, growing up to 18 meters.

Balkhash is internal — drainage freshwater lake in Balkhash-Alakol depression in the South-East of Kazakhstan, the second largest perennial saline lake (after the Caspian sea) and 14th in the list of the largest lakes in the world. The uniqueness of the lake is that it is divided by a narrow Strait into two parts with different chemical characteristics of water in the Western part it is almost fresh, and in the Eastern part is salty.

The lake belongs to the Balkhash-Alakol the water basin and is located in three regions of Kazakhstan: Almaty, Zhambyl and Karaganda. To the North of the lake stretches the vast Kazakh hills to the West stretches Betpak-Dala, and to the South are the Chu-ili mountains, Taukum Sands and saryesik-Atyrau.

To gather evidence, Vyacheslav Ivanovich took a trip in the all-Russian Institute of electrification of agriculture, where he now works, and went on an expedition. Examining the lake shore and the slopes of the mountain range, it was once again convinced of the correctness of his hypothesis. Vyacheslav Ivanovich found dozens of prints. And not only legs, but also fingers and teeth.

Specialty Plokhov – biologist. Having worked for many years in Karaganda hunter, he learned to understand the imprints left by the various creatures. However, the fact that the hunters saw one day on the banks of lake Balkhash, does not jibe with his professional experience.

His discovery Vyacheslav Ivanovich did 15 years ago while fishing.

— I began to look at his feet… and was terrified, — says the interlocutor. — I saw that I was standing next to the next person. I saw something not seen in my entire life. Rather, I found a well-preserved giant bare feet. I thought, if this is not the nature of the game, then there must be another mark. But as the hunter and the hunter I just measured the footprint. He was long in my seven foot 43-th size. That is about two meters. Being of sound mind and completely sober, I immediately ruled out the possibility to locate the second track ahead. But it awakened in me a researcher, made me go beyond measuring steps, peering forward. And almost immediately I saw the outline of the second track. He was as precise, but it was the trail preparing to jump the man. I threw all sorts of doubts, and went on, being almost sure that you will find the third mark. In the seventh step, my foot stopped at the edge of the third trace and at the same time at the edge of the shore of lake Balkhash. If this giant with a running start jumped into the lake. I was amazed!

He spoke about the traces of only close relatives and friends. Then he went to Moscow and for many years anyone about the giants didn’t. But all the time thinking about them. And now decided to go back and fix all the “artifacts”. However, traces of the giant, discovered 15 years ago, were flooded: the water level in the lake rose. But Vyacheslav Ivanovich did not panic. He decided that, if in fact once on the territory of Kazakhstan was wandering giant, he had to leave marks everywhere. And soon found proof. Traces in the area were numerous, from one hundred and fifty centimeters to three meters in length. 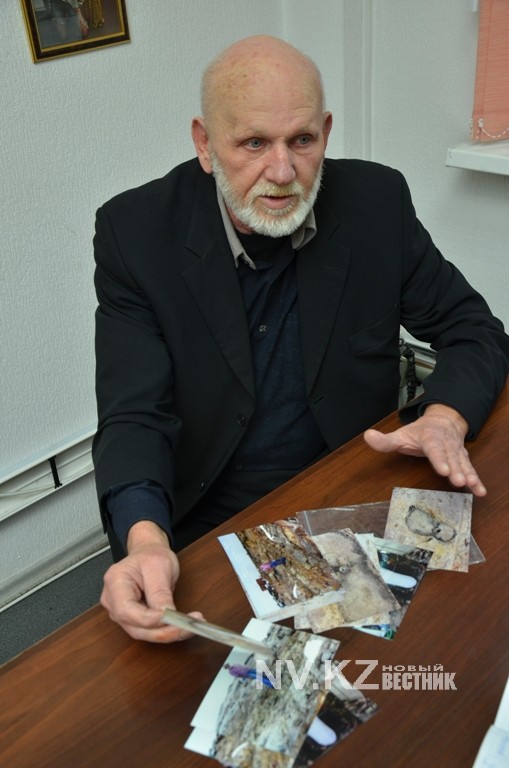 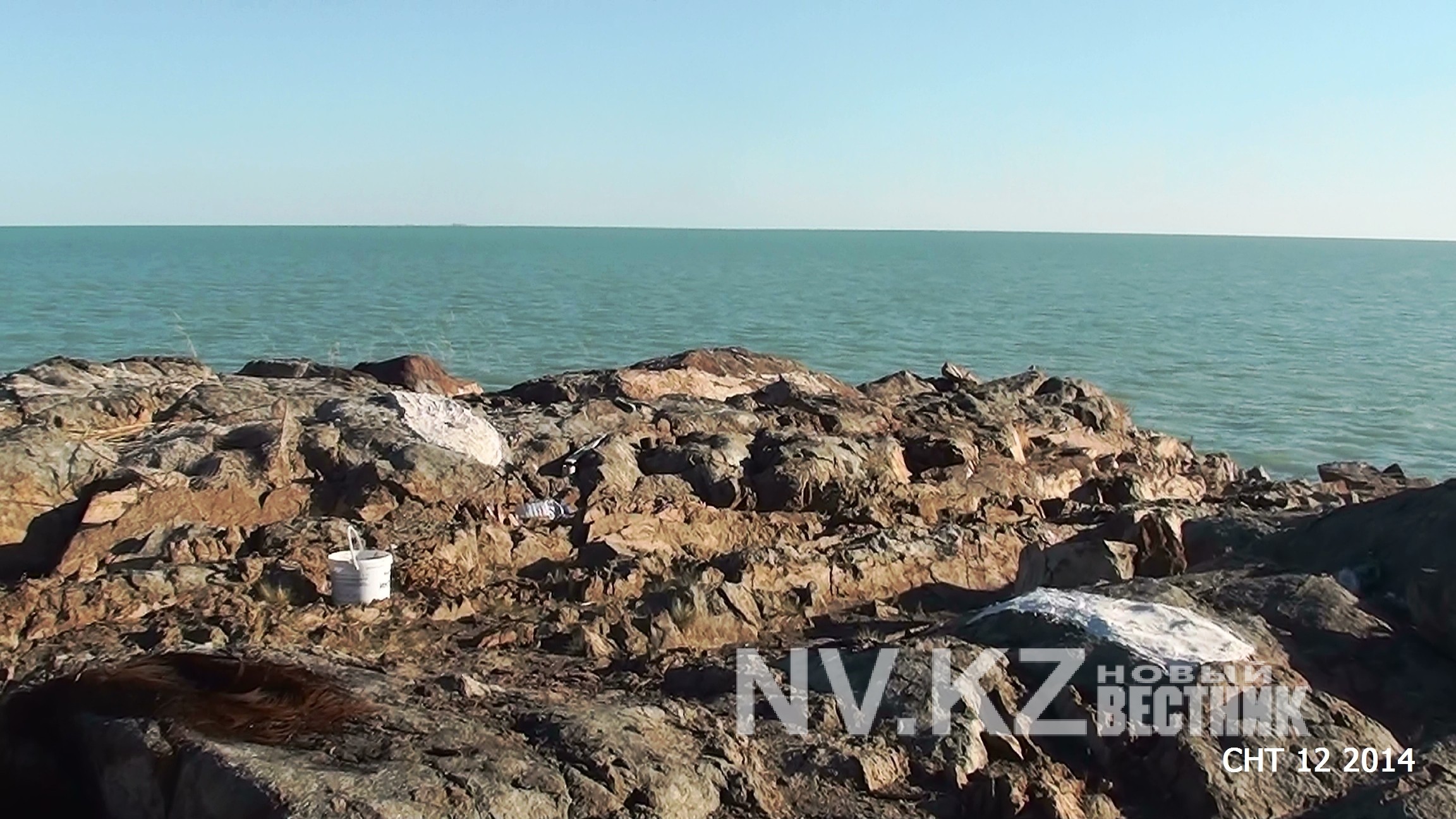 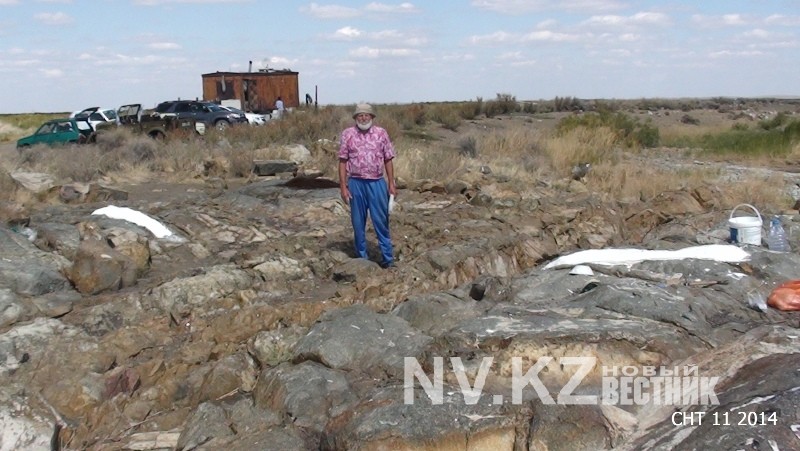 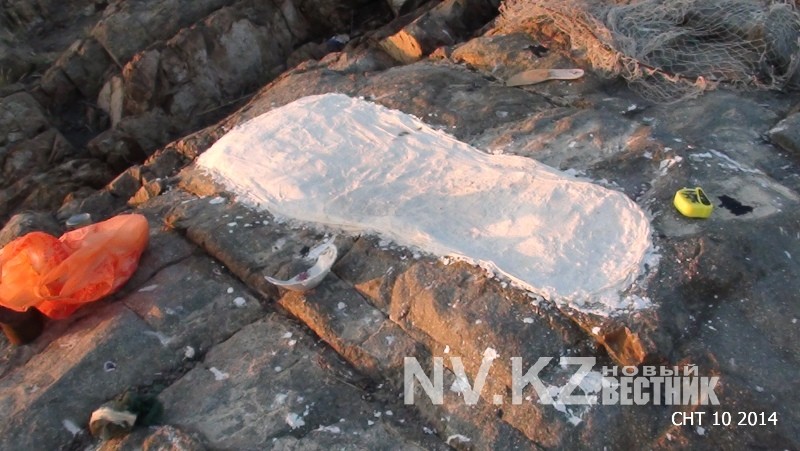 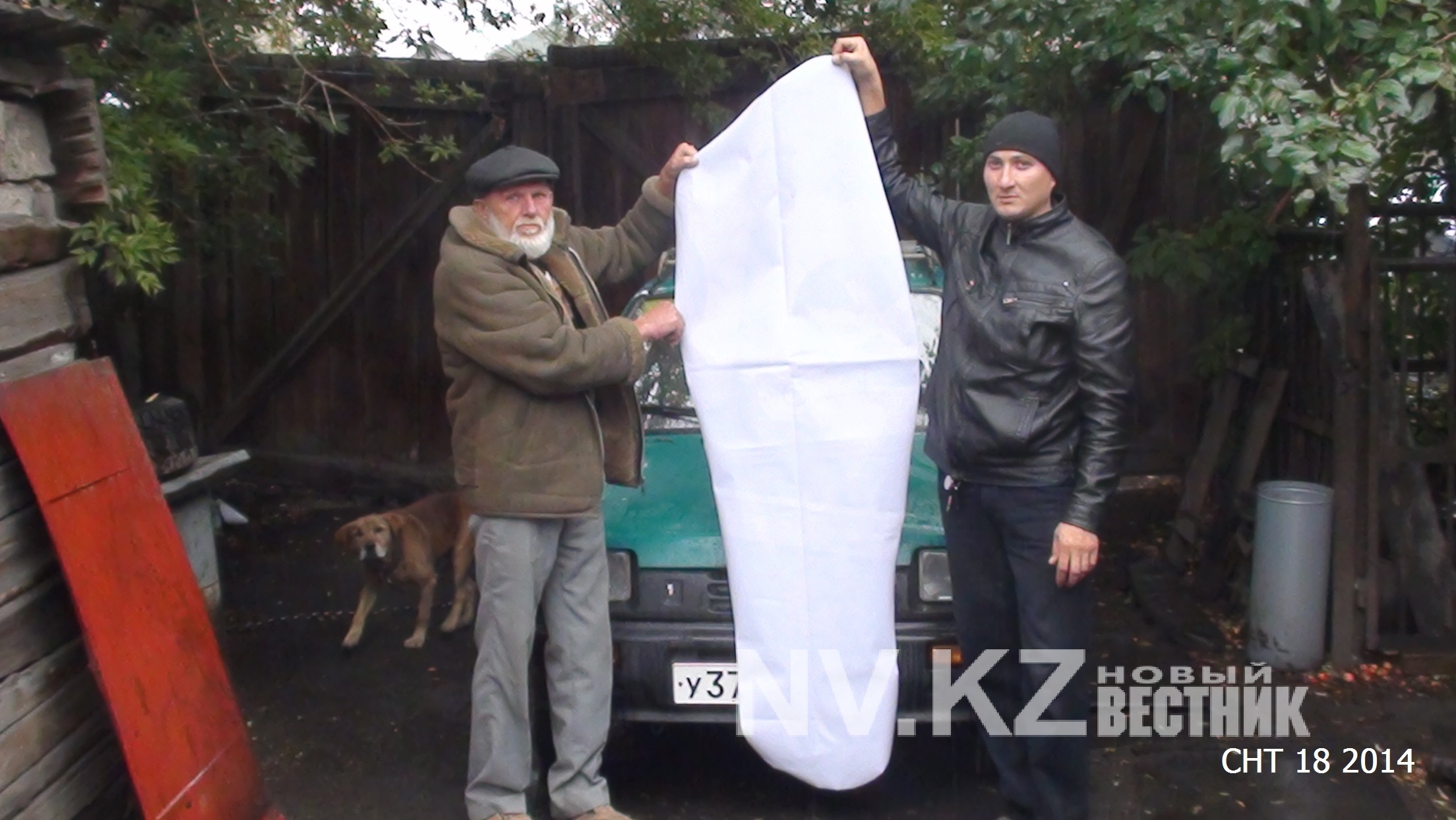 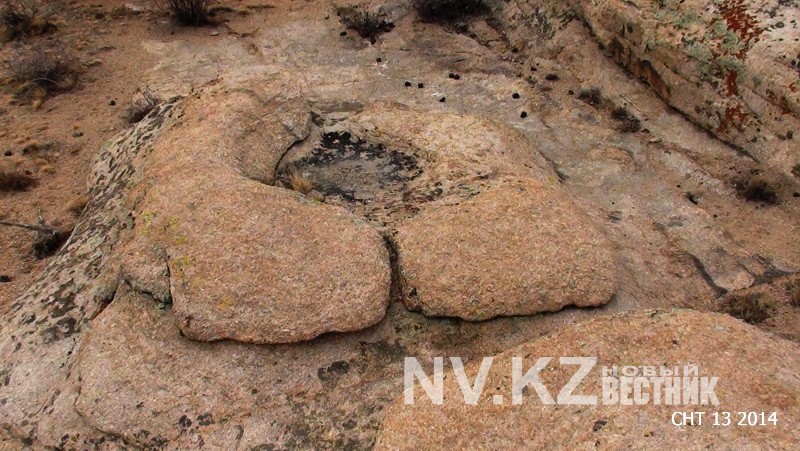 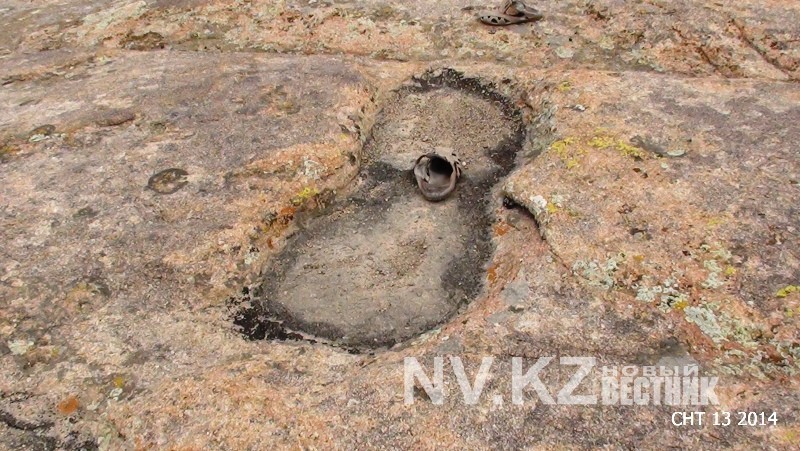 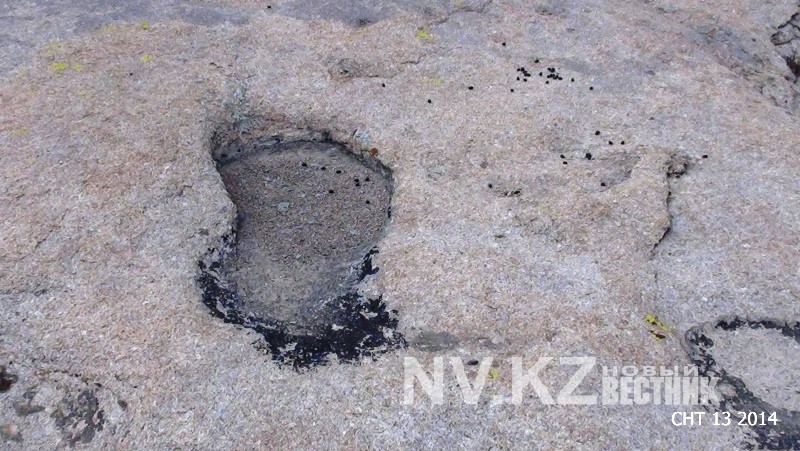 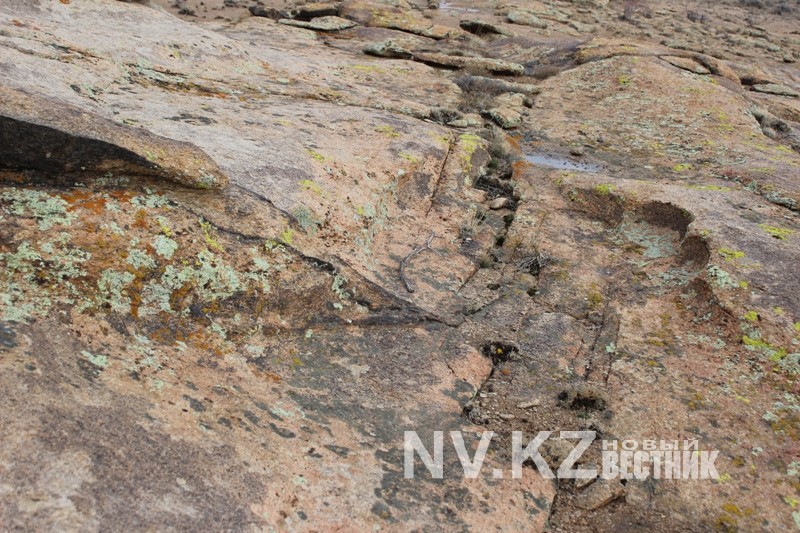 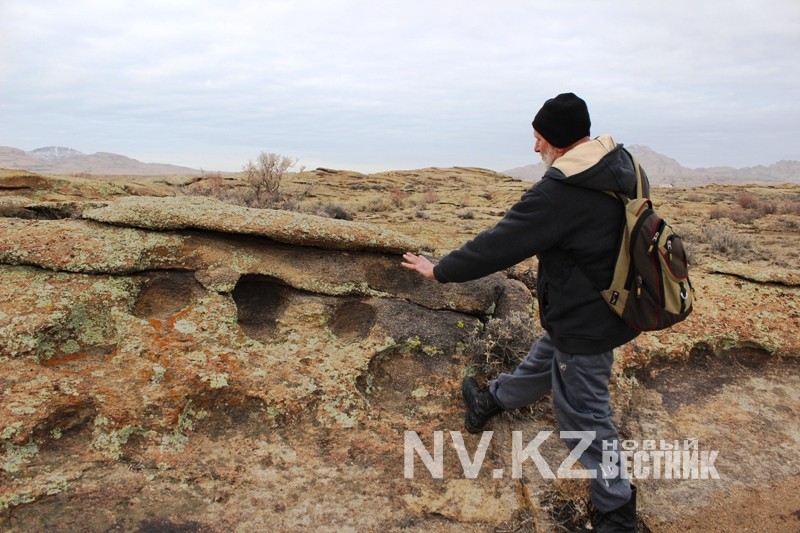 — Now you need to register the find official authorities, to familiarize them with the coordinates of the finds on the shore of Balkhash lake and in Aktau-At, — said Vyacheslav Ivanovich. But, I think I will help the local authorities. I know the attitude of the President of Kazakhstan to the past.

Another confirmation of his hypothesis, Vyacheslav Ivanovich found in the local onomastics. The word “Beck” from name “bectauata” it translates not only as “Prince” but also as “great”, “giant”. It turns out that bectauata is nothing like “grandfather mountain-giant.”

— In ancient books such as the Bible and the Koran, it tells about the giants, says the biologist. — For what? It is to the descendants of confusing to enter? Recently there is increasing evidence of the existence of megaluna. But science ignores them, tries to gloss over as if nothing had happened.

— But where do you think the Balkhash giants gone?

— Here we can only speculate. Look what is here observed, — the interlocutor shows a photo of one of the tracks. — Like goose’s feet, lessonopoly. Maybe the reduction of limbs has occurred, maybe it is evidence of the transition from terrestrial life forms in the water. After all, who are the whales? Vtorichnaya animals. Whales embryos are similar to hominids. That is, once whales lived on land. It’s recognized. And to find evidence can not. What kind of species are so similar in size to the whales? So, Balkhash hominids quite suited to the role of those giants – the predecessors of today’s whales. With their size of them and to the Caspian sea for a couple of days walk was worth nothing, and perhaps to the Arctic. This is my version.