In Kuban (Russia), archaeologists have found a skeleton with an unusual skull 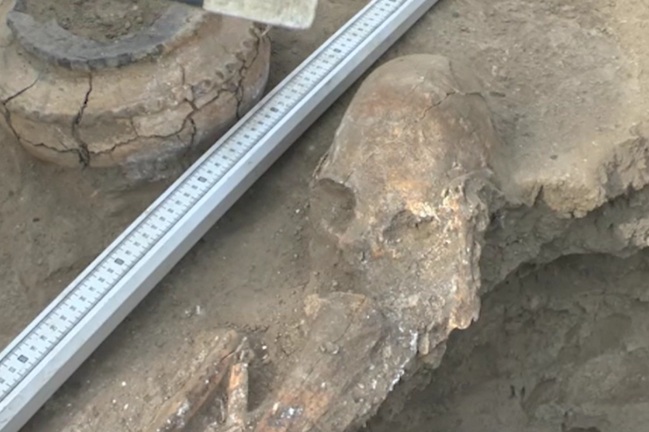 ASPU specialists are excavating a Bronze Age mound in the Samoilov farm of the Gulkevichsky region.

For about a week, archaeologists have been excavating the mound. During this time, they managed to find five burials of the Bronze and Iron Ages.

Now experts are engaged in catacomb burial. They have already excavated the entrance pit and found a burial with a secondary reburial of a teenager. In this burial, archaeologists found a brazier and a pot.

Especially interesting is the skeletal anomaly of the found adolescent. Its skull is strongly elongated, the forehead merges smoothly into the occipital part. Experts suggest that the adolescent’s skull was deliberately deformed during his lifetime.

Now archaeologists will start opening the central burial, for which the mound was poured, reports the Armavir branch of the Russian Geographical Society.