In Kyrgyzstan, found an ancient parking lot in the age of 20,000 years 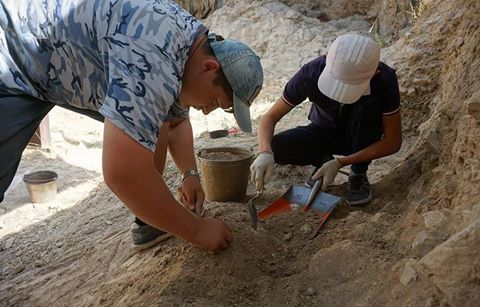 According to her, the expedition members managed to find 5 thousand artifacts in just four square meters. Finds indicate the use of a variety of technologies for making stone tools.

Prior to this study, it was considered that a person in the period from 20 to 10 thousand years ago did not live in Central Asia due to severe climatic conditions. Archaeologists assumed that the dry and cold climate forced people to leave their habitats for this period. Perhaps, the ancient people left for the territory of the Iranian Plateau (the territory of Afghanistan, Iran).

“Now we can say that these conclusions were due to the poor knowledge of the region, a small number of known parking lots, the use of imperfect excavation techniques,” the report says.

In addition to many stone tools, archaeologists have found a baby’s milk tooth of 8-10 thousand years old. Now the tooth is on a genetic examination in Germany. Scientists plan to trace the connection of ancient people from the parking in Kyrgyzstan with populations from other regions for which genetic data already exist.