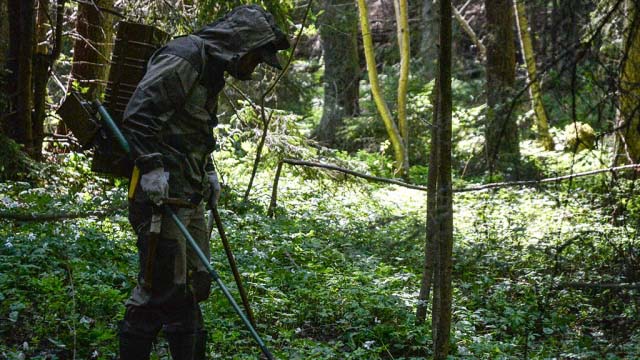 Expedition of archaeologists found in the Latvian city of Jelgava, the remains of Russian soldiers who participated in the Patriotic war of 1812.

In the Northern part of the island Pasta found two graves where they were buried six men. Scientists have determined that the age of five was 50 years, while the sixth is about 20.

To find out the occupation of the victims allowed their things: fabric covered button, stick for cleaning ears, three knives and nails, as well as dvuhkopeechnaya coin, which was in Vogue in the early nineteenth century.

In addition, archaeologists have found the Orthodox cross with the inscription in Russian, “let God arise” and a silver earring in the shape of a snake with a Russian 84-th sample.

According to the publication, in the summer of 1812 ships of the Russian troops approached the city of Jelgava and the Prussian army gave the town without a fight. It is assumed that the Northern part of the island Pasta became the first Park of the Russians.

From the point of view of the members of the expedition, it is necessary to establish a memorable sign. According to their data, in Latvia there are no memorials to those killed in the war.