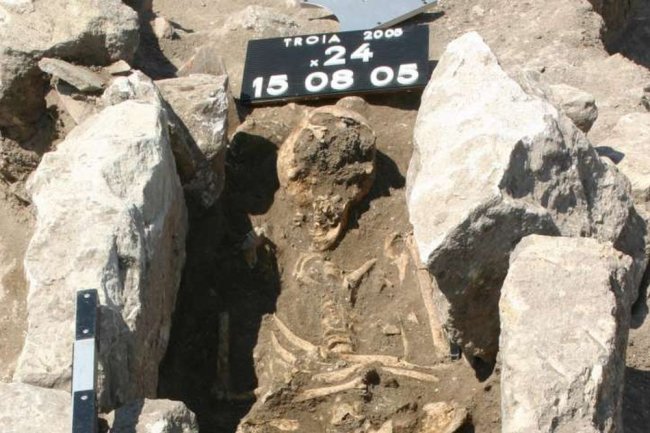 Scientists from the University of Wisconsin in Madison (USA) regained the genome of the saprophytic Staphylococcus, found in the burial place on the outskirts of the once mighty and legendary city of Troy.

The study was preceded by the discovery, made in 2005 in Turkey. Archaeologists from the University of Tubingen (Germany) on the outskirts of the legendary Troy found the cemetery of the late Byzantine Empire. In one of the graves was the skeleton of a woman who died around 800 years ago. Researchers ‘ attention was attracted by two calcified tubercle the size of a strawberry, situated just below the ribs. Samples were sent to study in the United States.

First, we assumed that the bumps appeared for TB, says study co-author Caitlin Pepperell of the University of Wisconsin. But further analysis showed that the woman had tuberculosis. And later in the samples were found calcified red blood cells, which contain DNA of bacterial infection – chorioamnionitis.

According to the researchers, the recovery of the genome has expanded the knowledge about the threats faced by the inhabitants of the Byzantine Empire, as well as on the evolution of a saprophytic Staphylococcus.