In Mexico, found sculptures of men and women who 1700 years 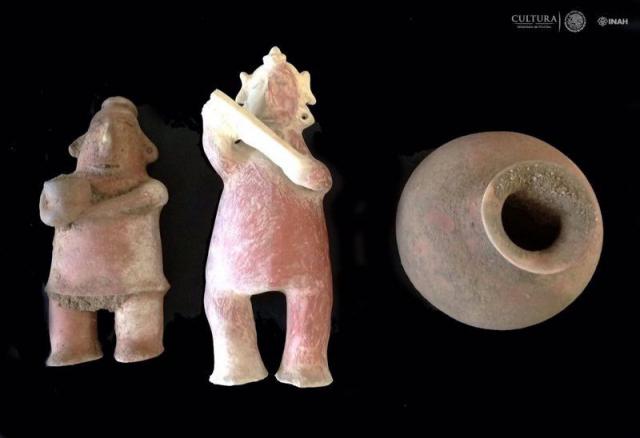 Mexican archaeologists from the National Institute of anthropology and history found in the state of Colima, the disposal of which is 1700 years old with the remains of several men and skillfully made clay figures.

Inside the graves, hidden under a layer of stones, they found 12 skulls and bones. According to the researchers, the bodies of men were piled on top of each other without any order. Some turtles were found damaged. 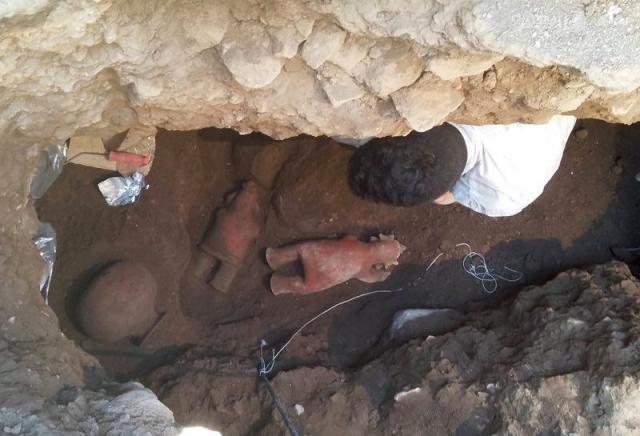 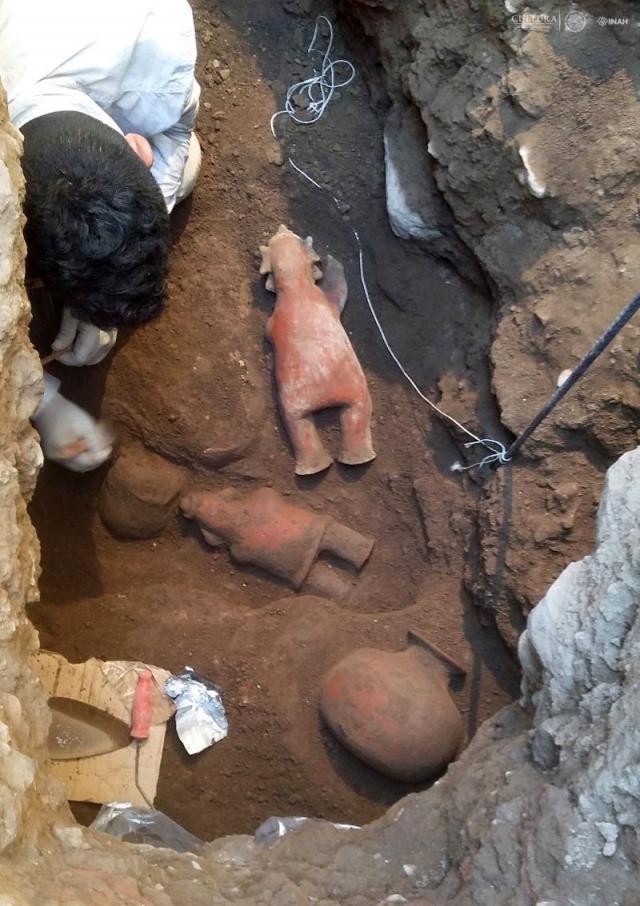 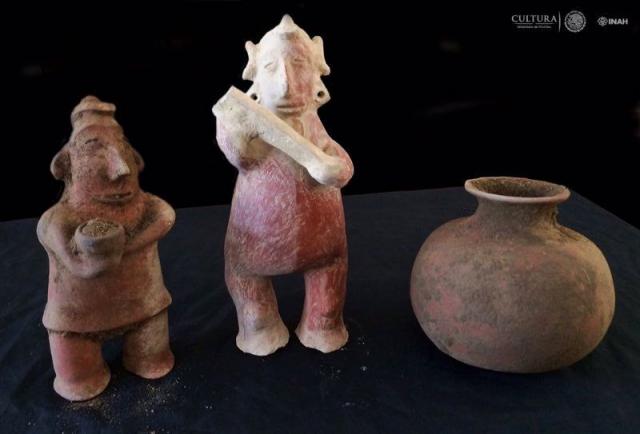 Beneath them at a depth of about 1.6 m, archaeologists found offerings to four of the ceramic object, including two figures: men and women. They were lying face down next to the two skulls.

The largest figure – the figure of a man. Its height is 39 cm and a width of 15 cm This sculpture has a complex headdress, which is crowned by a convex element resembling a horn. In the hands of the man probably holds the axe. The second sculpture reaches a height of 32 cm, width – 14 cm Female figure has a broad face and a hooked nose. In her right hand the woman holds a vessel. Except for the figurines were also found two vessels.