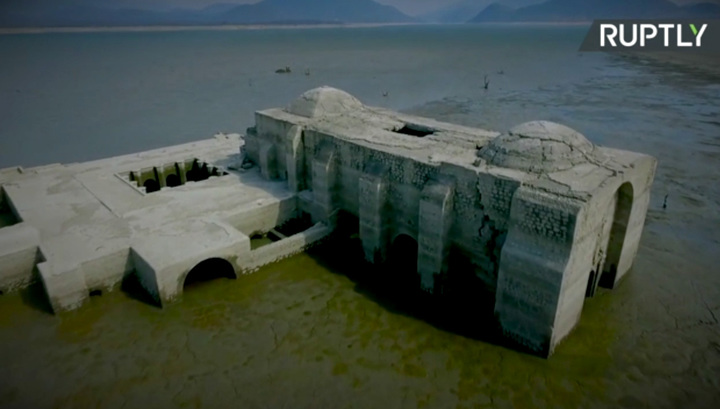 From the depths of an artificial lake, created in 1962 in the Mexican state of Oaxaca, it again appeared 400 years of the Church, built by Dominican friars. In the XVII century they brought Christianity to the local ground. The Church was submerged in the mid-twentieth century after the creation of the reservoir.

Ancient building perfectly preserved. The Church first began to appear from under the water a few years ago, when the lake set the dam Benito Juarez.

In recent years the region has frequent droughts, which resulted in the artificial water reservoir began to become smaller. Mexican authorities do not exclude that one day the temple will become a local landmark, open to tourists.