In Moscow, found artifacts that are 9000 years old 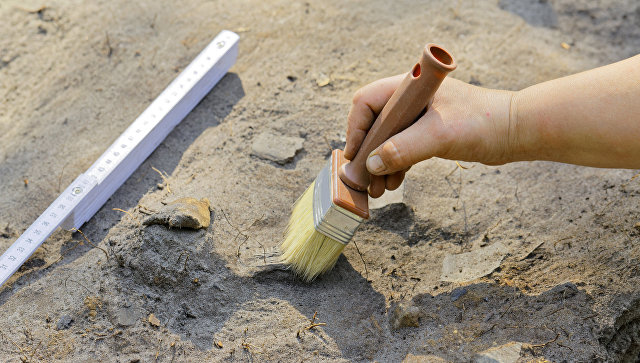 During the work on the program “My Street” archeologists have found in the center of Moscow artifacts, whose age can reach 9 thousand years, according to the official portal of the mayor and the government of the capital on Friday.

“A silicon cutter from the Neolithic Age was found on Sretenka, and a scraper of the Mesolithic Age on Pokrovsky Boulevard, they could get into later cultural layers during excavations that were carried out 400-500 years ago,” the report says.

Ancient people used a cutter to process bones, skin, horns and some rocks, it is dated back to the Neolithic Age (V-III millennium BC). “The cutter is one of the universal tools of the ancient man, it was preserved completely, including the petiole with lateral symmetrical grooves for fixing the handle from bone, horn or wood,” said Alexei Yemelyanov, head of the Department of Cultural Heritage of Moscow.

According to him, another found Stone Age artifact, a fragment of the end scraper, belongs to the more ancient period – the Mesolithic (VII millennium BC). The scraper was made of an elongated plate of stone with a pointed blade at the end. Ancient people could use it in everyday life and economy – for example, to work with animal skins.

Now the found artifacts are studied by specialists. In the future, according to Yemelyanov, the finds can be transferred to the museum or exhibited at temporary exhibitions devoted to the archeology of Moscow.

Archaeological control is conducted on all construction sites of My Street, the report says. Thanks to the work of archaeologists in previous years, more than a thousand artifacts have been found, and this year hundreds of finds have already been recorded. The specialists discovered the foundations of four ancient churches, the well of the times of Catherine II, the Finno-Ugric “noisy” suspension and a nominal fishing sinker. Also, archaeologists have found a treasure of copper coins, secret rooms in the Kitaygorod wall and silver in a chess piece from the times of Ivan the Terrible.