In Moscow found the treasure of the XVIII century

Several dozen copper coins of the XVIII century were found in Voznesensky pereulok in Moscow. Now old money handed over to the specialists for evaluation.

“The coins will clean, process and determine all denominations. It is possible to find out which mints produced them, where they came from these coins, to trace trade relations”, — said the chief archaeologist of Moscow Leonid Kondrashov.

According to him, the coin was found in a coma land, but presumably they were in a purse or bag, which rotted. After evaluating the coins will pass to the Moscow Museum.

The treasure was discovered during work on laying of new communication technologies in the framework of the program “My street”. Earlier, during the renovation of Tver were found a fragment of white stone arches and part of the fence of the Passion of the monastery. In addition, the builders stumbled upon the remains of a wooden bridge of XVII–XVIII centuries. Preserved parts of four tiers. 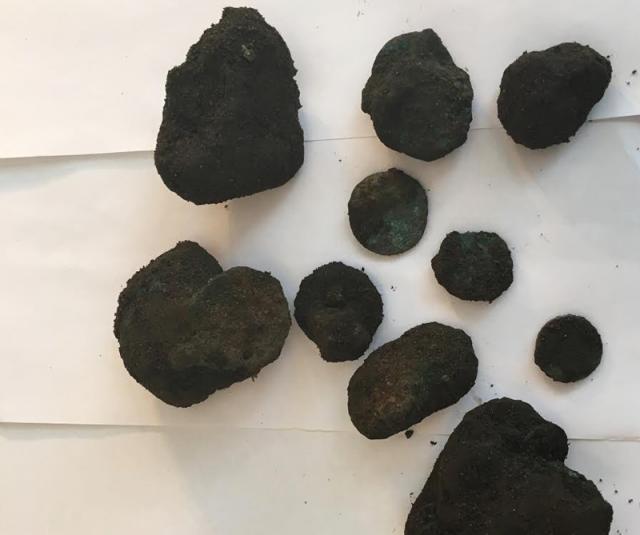 They all consist of decking (probrain) and the longitudinal lag (logs). On the upper floor traces the effects of the fire (the fire of the XVIII century). When clearing the pavement in layers between the layers, archaeologists found fragments Bloglines and black-glazed ware, cast copper buttons-weights, pectoral cross, scraps of leather goods, wood ashes and charcoal.

Near the pavement were also discovered fragments of ceramic vessels of the same period and unique tool forgers of the time of Tsar Alexei Mikhailovich. This so-called ovary. With it the imprint made on the stamp, with the stamp imprint transferred to the coins.