In Moscow, found the white stone bridge of the XVII century 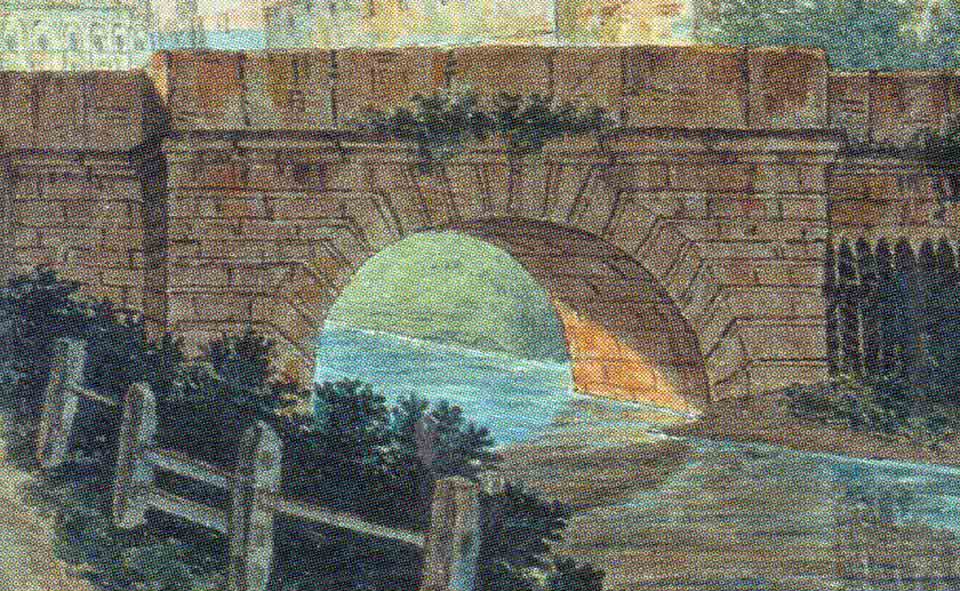 In Moscow, found an ancient stone-brick bridge, the only mention of which was found in the document almost four hundred years ago. The building was found during the repair of the water pipe at the Slavyanskaya Square.

The archaeologists who accompanied these works noticed an unusual masonry at a depth of more than two meters. They managed to establish that the find was a stone foundation and a brick arch of a white stone bridge of the 17th century. For a long time he was considered lost. The length of the detected section of the bridge was 17 meters, and the height – one and a half meters. The arch part of the bridge was best preserved.

“Specialists cleared for several days, examined and studied the ancient bridge. For research from the top of the masonry, two halves of bricks were removed. The width of each brick is 14.5 centimeters, and the height is 7.4-7.7 centimeters. On the bricks were found the hallmarks: the letters P and D. By these signs, the brickwork was previously dated to the third quarter of the 17th century, “said Alexei Yemelyanov, head of the Department of Cultural Heritage of Moscow.
According to him, after the archaeologists inspected and described the find, and also took samples for research, the bridge was again covered with soil.

“The design of the bridge has become fragile over several centuries. Especially since it was seriously damaged by communications laid during the Soviet era. Now the bridge is preserved in a natural way. All the information received about the find will be entered on the archaeological map of Moscow, “said the head of the Moscow City Heritage Committee.

The bridge led to the gate of the barbaric tower of the wall of China Town. His first wooden prototype was built along with the defensive wall by the decree of Ivan the Terrible’s mother, Elena Glinskaya (construction went from 1535 to 1538). This wall was supposed to protect the center of Moscow from the invasion of enemies. The wall’s construction allowed it to stand even under artillery fire.
The length of the Kitaygorod Wall was more than 2500 meters. A moat filled with water was around her. The structure of the fortress wall included 12 towers, and several of them had gates (including the Barbarous), which they opened to enter Moscow.

It was to such towers that bridges led through the moat. Although originally bridges were made of wood, in the 17th century they were rebuilt from stone. So, in the inventory of 1646 it is indicated that the barrow tower “has a new bull with a white stone”. Historians assume that the term “bull” was used to refer to bridge structures. This is the only mention of the bridge in the documents. 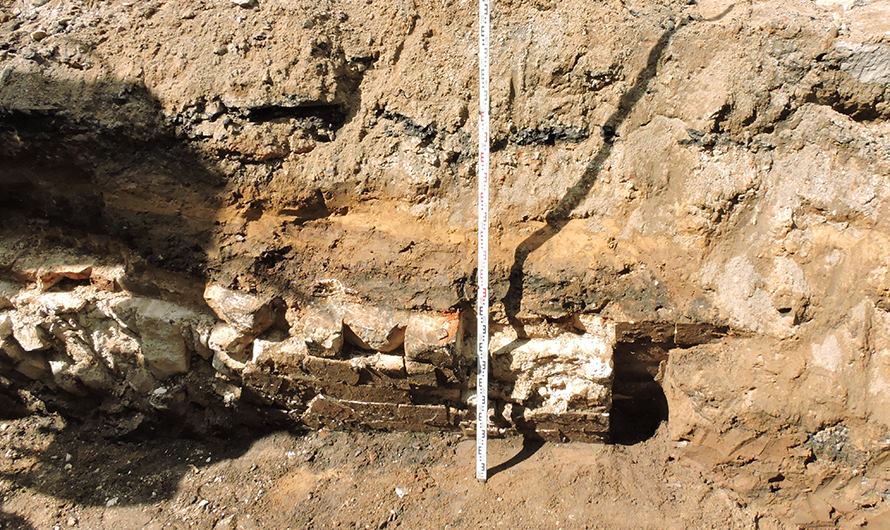 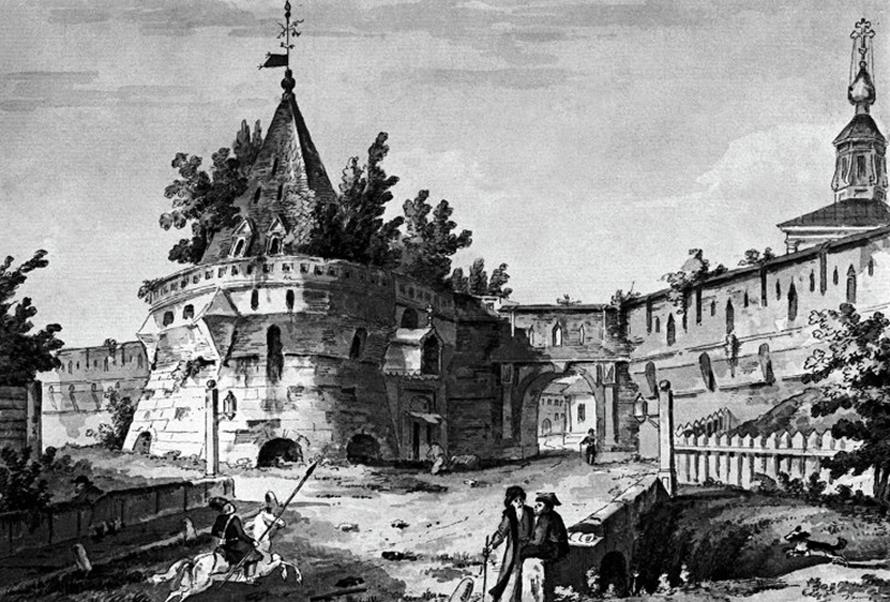 The bricks found in the brickwork belong to a later period. Archaeologists believe that the bridge was repaired repeatedly.

The bridge was used to enter the center of Moscow until the 1920s. In the reign of Alexander I, the moat around the wall of the China-city was filled, the earth walls and bastions were destroyed, and the wall itself finally ceased to be regarded as a defensive structure. The surface of the modern Slavic Square was leveled, and the remains of the bridge were underground.
In May, on the Old Square during the laying of cable ducts, traces of the moat of the wall of China-city were found.

Many metropolitan archaeological finds of recent times are associated with this fortress wall. In the squares and streets, where the wall of China-city passes, landscaping is carried out under the program “My Street”. In the area of ​​Lubyanka and Novaya Ploshchad this season, the “My Street” program already found fragments of the Kitaygorod wall, as well as secret rooms (“rumors”) that helped defenders of Moscow in the 16th century to eavesdrop on the enemy side of the fortress.

Archaeological control accompanies all the improvement of the program “My Street” from March to September. Thanks to such works in previous years, more than a thousand artifacts and fragments of historical buildings were found on the objects of the program.