In Moscow they found axes of the Bronze Age

This is the weapon of an ancient tribe who lived on the territory of Moscow four thousand years ago. Archaeologists have found the Bronze Age axes in the western part of the Zaryadie Park and in the Soymonovsky Passage. To find out these artifacts was possible during the work on the creation of “Charge” and improvement of the program “My Street”.

Both axes are made of stone. They are characteristic for the boundary of II-III millennium BC. The axes found are not completely preserved. But even the fragments allowed archaeologists to assume that thousands of years ago they were the same. Each of them once represented a smooth oblong stone with an acute sharpened end. In the middle of the stone, an even hole was drilled. A shaft was inserted into it. Similar weapons were found in the territory from Central Germany to the Volga region, it could be both combat and ritual.

“Although the findings refer to the Bronze Age, archaeologists have discovered them in the cultural layers of the XVI-XVII centuries. Science knows of cases when stone axes could be used again at a later time. Presumably they could be amulets. A stone with a hole in the middle was called a “chicken god” and believed that it brings good luck in running a household. Or, perhaps, axes were used as grindstone, sinker for fishing nets, “said Alexei Yemelyanov, head of the Department of Cultural Heritage of Moscow. 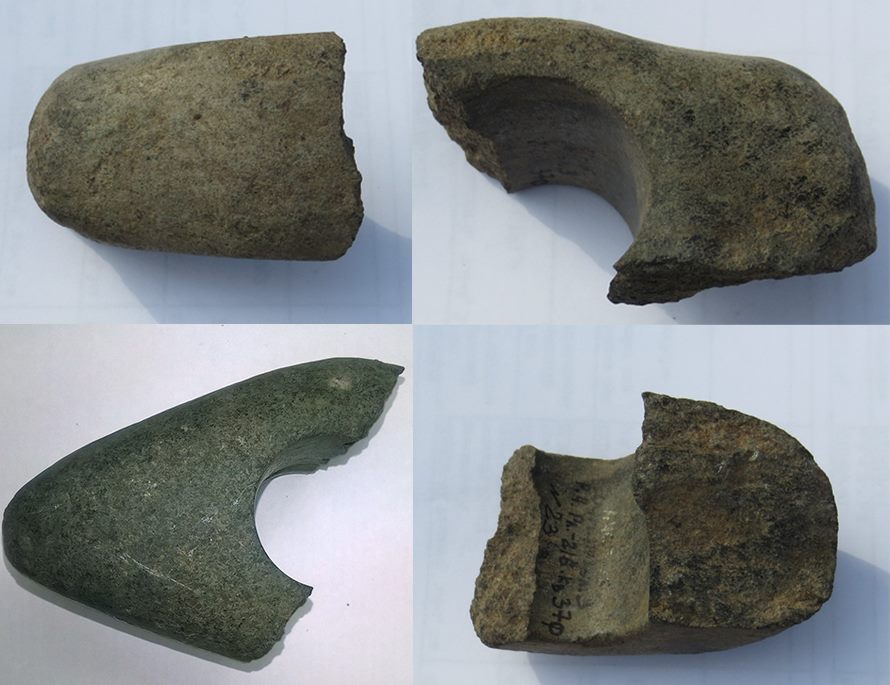 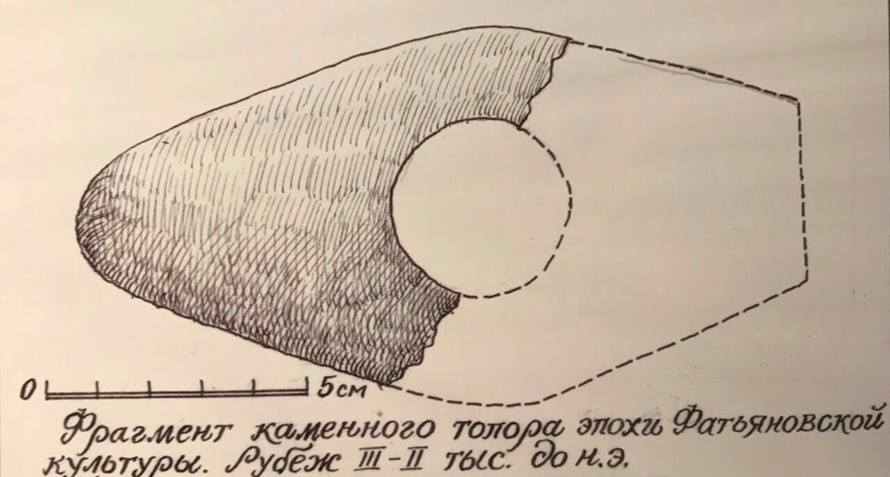 According to him, people who found and used these stones in the XVI-XVII centuries, did not know how ancient they were, and did not understand their purpose.
Such weapons are attributed to the Fatyanovo-Balanovo culture. This is the culture of the tribe that existed in the Bronze Age. Traces of his stay (parking lots and burial grounds) were found in the territory of Russia from the Novgorod region to Tatarstan. Including in Moscow and the Moscow region.

Among the scientists, the tribe received a conditional name Fatyanovtsy in honor of the village of Fatyanovo in the Yaroslavl region. It was there that in 1873, for the first time, burial grounds, objects of everyday life, which spoke of a special culture among these people, were found.
“The data of the excavation and the analysis of the remains showed that the Fatyanovites had a European appearance. They raised cattle, were engaged in processing metals. For a long time they were considered nomads because of the fact that the settlements were rare, “Aleksey Yemelyanov said.

In Moscow, traces of settlements Fatyanovtsev found in the territory of the current park “Tsaritsyno” and Neskuchny Garden.

“Archaeologists do not rule out that next to the” Charge “could also be a settlement – a monument of Fatyanovo culture,” said the head of the Moscow City Duma.

Now artifacts continue to be studied by specialists. In the future, finds can be transferred to a museum or exhibited at temporary exhibitions devoted to the archeology of Moscow.

Recall, archaeological control accompanies all works on the improvement of urban areas. One of the recent finds was the white-stone bridge of the wall of China-city. He was found during the repair of a water pipe in the Slavyanskaya Square.