In Norway, it is possible to find the oldest rock carvings of a boat 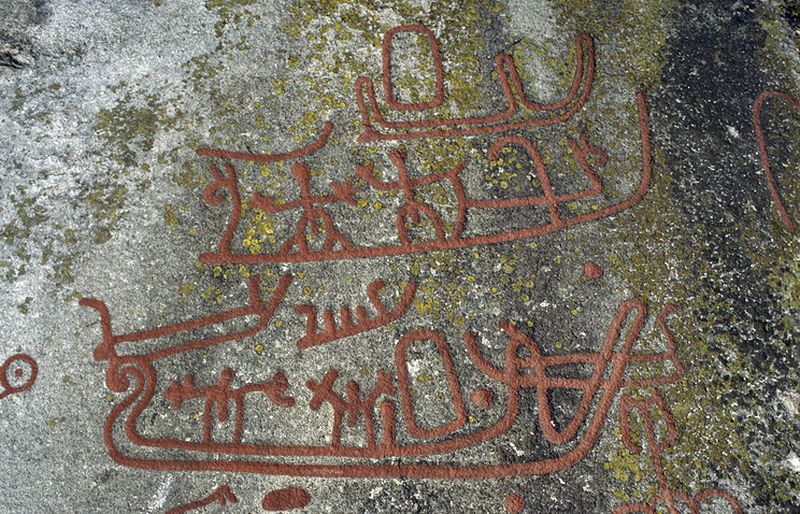 The rock image of a boat, whose age experts estimate in 10-11 thousand years, was found in the north of Norway. As reported by the Norwegian state broadcaster NRK on Wednesday, the specialists consider the find to be sensational and claim that it can be the oldest known petroglyphs depicting ships.

A geologist Ingvar Lindahl, who was walking around the Gulf of Efjord in the commune of Ballungen (province of Nordland), came across this four-meter figure, scrawled on a rock with a sharp stone. Earlier Lindahl was an employee of the Geological Survey of Norway, but is now retired.

“This is an exceptionally large find, which can rightfully be called a world sensation,” archaeologist Jan Magne Yerde, an employee of the University of Tromsø, told NRK. Yerde is a specialist in rock art in the north of Europe. Together with colleagues from other Scandinavian countries and Russia, he participated in expeditions, whose participants discovered and described over 500 petroglyphs on the Kola Peninsula.

The find was made at an altitude of 70 meters above sea level. By the change in this indicator over the past few thousand years, the figure was managed to date. This is not the first petroglyph found near Valle Farm on the banks of the Efjord. Nearby you can see rock carvings of a seal and a bear, which were described back in 1932.

According to Yerde, it’s amazing that petroglyph was discovered just now. The reason, apparently, is that the lines are clearly distinguishable only when sunlight falls on the rock at a certain angle. It is possible that new interesting findings can be made in these places.

As the archaeologist says, the drawing is very well preserved, given its age. It clearly indicates the nose of the boat, the keel and the side. According to Yerde, an unknown ancient author, wanted to depict a boat of skins on a rock. Until recently, Greenland Eskimos used to draw their silhouettes on rocks.