In Omsk found the burial of an ancient warrior, Russia 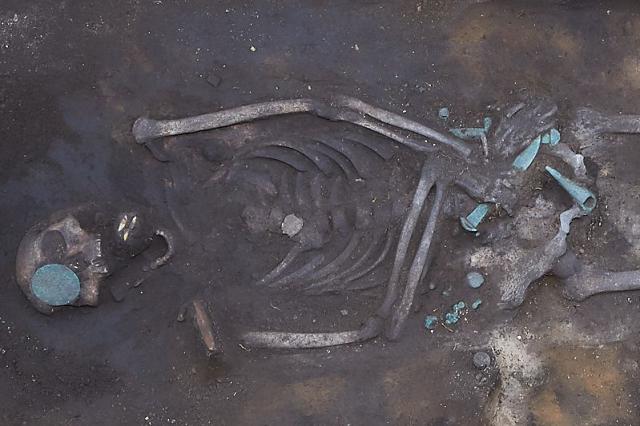 In the process of restoration of the object of cultural heritage – the building of the insurance company “Salamander”, specialists-archaeologists made a number of unique scientific discoveries.

In the trench of the heating main, laid in the Soviet era, the remains of several burials, whose age is estimated at almost 3000 years, have been identified. Five of them are burials with partially or completely preserved human remains. Unique was the find of the grave of an ancient warrior in combat equipment. As the specialists note, many burials were damaged even during the construction of the building in 1912 and later repair works, therefore, the discovery of a virtually untouched grave is a great success for researchers.

“We found a large number of well-preserved items: weapons, ornaments, and other items made of bronze. As one can judge, they refer to the transition time from the Bronze Age to the Iron Age. If we talk about “absolute” dates, it’s 27-29 centuries ago. The ideal state of the grave was a pleasant surprise for us, “archaeologist Maxim Grachev commented on the find. 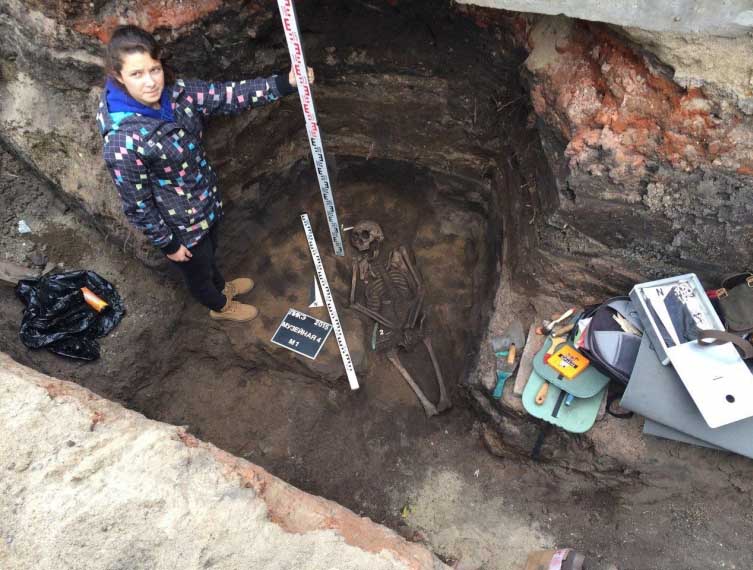 Experts believe that the abundance and composition of objects found suggests that the revered warrior, or even a nobleman, was buried. Even more interesting are the features of the burial ritual: the soldier is buried as if ready to fight – his hands tighten the dagger and knife in the fighting position, and next to it lies an ax-celt.

In general, only in recent years, in preparation for the celebration of the 300th anniversary of the city of Omsk, a number of interesting archaeological discoveries have been made in the course of works on improvement and reconstruction of buildings located in its historical center. Remains of ancient burial grounds were found on the territory of the Omsk fortress, near the Nikolsky Cossack Cathedral, on the streets of the Museum and Partisan. This suggests that the territory of the present city of Omsk was inhabited by people in ancient times – at least from the Bronze Age.