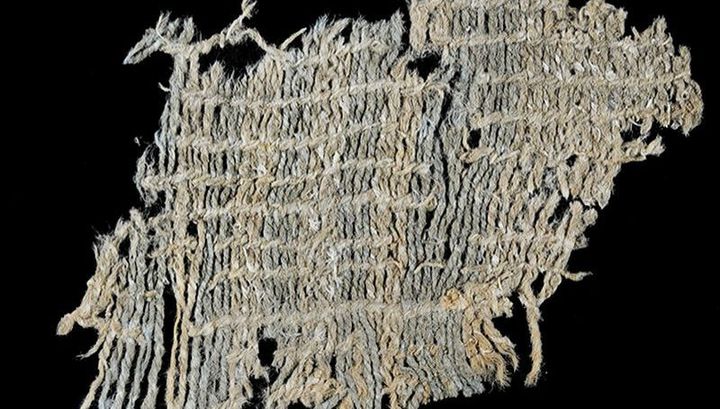 Who would have thought that the Peruvian Indians now six thousand years ago, a dyed fabric with Indigo crystals. In 2009, in the Northern part of the country at the site of the ancient settlement of Huaca Prieta (Huaca Prieta) underwent regular excavations, and among the findings were textile products.

A team of archaeologists from Britain and the United States considers that in this place stood the temple, and the fabric was needed for the rituals. One of the pieces of cloth is a cotton fabric, painted blue with Indigo. Due to the high altitude and dry climate, dye-based crystal is not completely disintegrated, and the fabric has retained traces of it.

Immediately after the discovery of the piece of cloth it was impossible to determine its color because of dirt, however a thorough rinsing revealed a blue color. Chemical analysis showed that the dye was composed of the key components of Indigo – indigotin (Indigo blue) and indirubin (red, Indigo, gives the fabric a purple hue).

Layer which found a unique example, it is estimated from 6 to 6.2 for thousands of years. That is, the Peruvian cotton is much older than other famous dyed Indigo fabrics. It turns out that the Andean Indians have dyed fabric in denim color using Indigo for another fifteen hundred years before it was first done in Egypt and India (the age of these Egyptian findings – 4,4 thousand years).

According to archaeologists, the process of obtaining the tissue is quite simple. It is believed that the cultivation of cotton started about 8 thousand years ago. The earliest finds of the samples of cotton cloth in Europe 7.8 thousand years, and the age of the same sample from the Peru – 7 thousand years.

Meanwhile, the ordinary variety of cotton (Gossypium hirsutum), which is the most widespread in the modern world, also comes from the New world. After the voyages of Columbus and the colonization period of the cotton cloth became very popular and replaced the European predecessors. It is not surprising that such an ancient specimen found in South America.

More interesting. To dye Indigo crystals is much more complicated than to produce cloth, and the discovery of traces of such advanced crafts in Peru came as a surprise to historians. Compared to Egypt, where four thousand years ago has stood the pyramids, Andean civilization obviously lost in development, the researchers say. 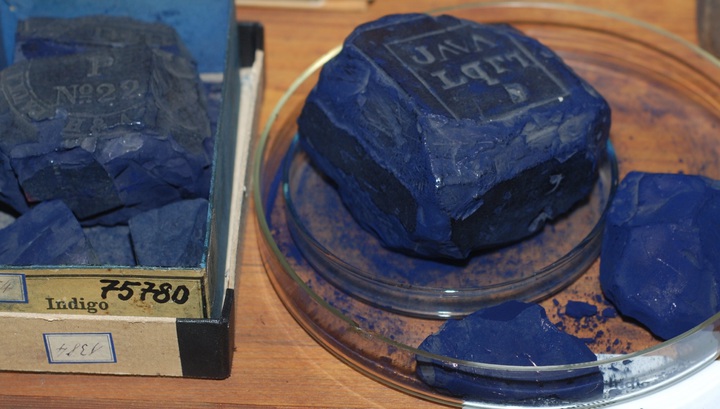 Now that probably an archaeologist would have to examine more carefully the other samples found from here are textiles, weapons, household items. They can store traces of complex technologies, which previously simply did not know.

Also, it remains a mystery where the ancient inhabitants of Peru had received the dye from plants of the genus indigofera (Indigōfera), which is still cultivated in the tropics for obtaining a blue dye, a native American plant from which the Indigo – dyeing jacobinia (Justicia colorifera) or koinophilia (Koanophyllon tinctorium).

The technology of manufacturing of dye known. The leaves of the plant were soaked in water and left the mixture to ferment. Then the resulting precipitate is exposed to strong base (e.g. caustic soda). The resulting material was pressed into blocks, dried and rubbed into powder.