In Peru, found a mummy of this alien 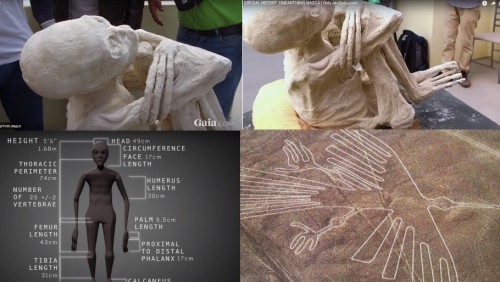 Not far from Nazca Plateau in Peru, archaeologists have discovered a mummified body and it does not belong to man. Leading specialists were involved in the study of the mummy, who conducted the mummy scan and took samples of body tissues.

It should be noted that scientists of various fields of science are involved in studying the alien mummy, everything is documented in photo and video, the mummy’s body is scanned by X-rays, the documentation is preserved and duplicated. For filming the process of studying the mummy, filmmakers are involved, so to hide the fact of finding an alien buried on the Nazca plateau, nobody will be able to hide it.