In Peru found the ruins of ancient civilization 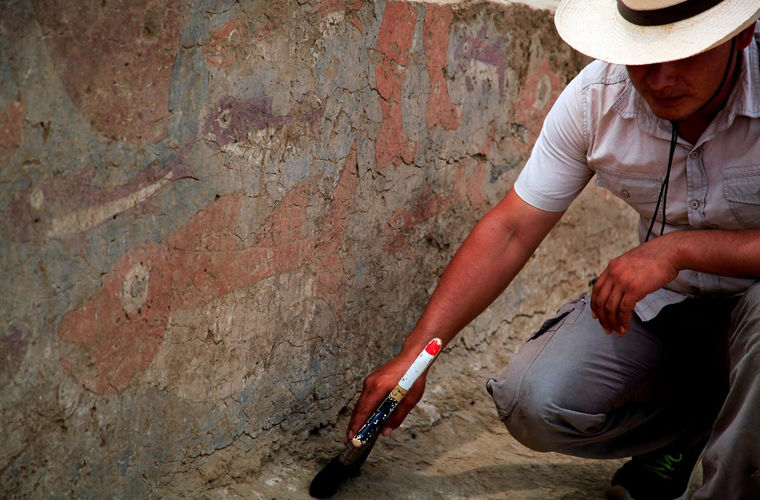 Archaeologists discovered for the first time in the northwest of Peru, near Lima, the ruins of a urine civilization that flourished on a vast coastal area in the period from 100 to 700 AD. e.

Archaeologists have discovered two rooms in which, in their opinion, about 1500 years ago, debates and feasts were held. In one of the rooms there are two thrones, on which the ruler and his guest probably sat. In another room was a round podium, on which, possibly, there were performances. According to archaeologists, the rooms were used only by the elite, images of fish and sea lions can be seen on the walls of the rooms.

Previously, such structures were seen exclusively on surviving drawings of representatives of urine culture. Experts hope that the find will be the key to understanding the political life of the urine until the sudden decline of this culture.

“These scenes were depicted in the iconography of urine culture, but so far we have not been able to find where they happened. This is a very important find, “- said the leading archaeologist Walter Alvaro.

Urine was one of the cultures that flourished in Peru long before the advent of the Inca empire. The success of urine was largely related to the construction of irrigation canals for growing crops in desert valleys. Also, urine is known for its exquisite work on gold and sculptures depicting various sexual acts.

Many researchers believe that the collapse of culture led to a climatic catastrophe caused by El Niño, which still causes severe flooding in Peru.

It is believed that women held high political and religious posts in the culture of the urine. Last year, Peruvian archaeologists reconstructed the appearance of the Lady Kao-mummy of a monastic female monk, who was buried with weapons and gold objects.