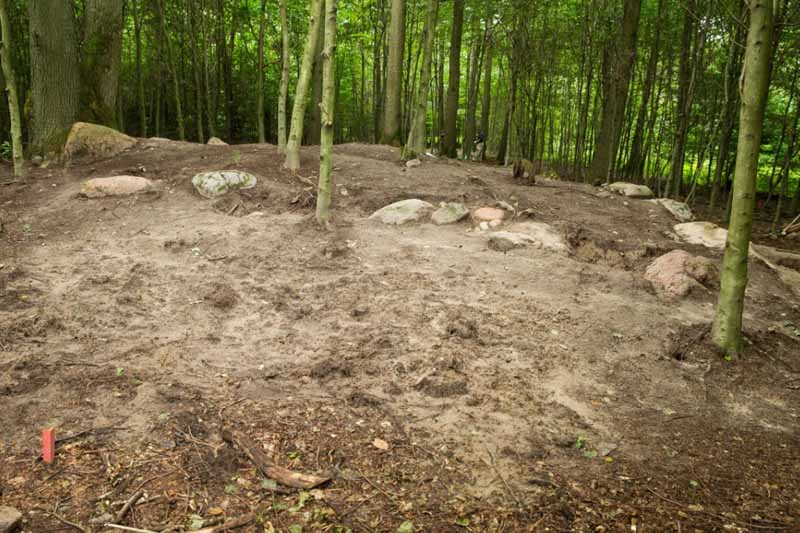 A huge tomb, created from multi-ton stones more than 6 thousand years ago, began to explore Polish archaeologists. The existence of this ancient burial site, now located on the territory of the Western Pomeranian Province of Poland in the Dolitsa area, has been known to scientists for about a century, but so far no one has dared to conduct excavations at this site.

The tomb in the Dales because of its monumental size is sometimes called the Polish pyramid. It is an elongated triangle with a length of more than 70 m and 2 m in height, laid out by untreated stones, most of which weigh several tons.

Archaeologists excavated in August. Previously, scientists were convinced that the tomb was poorly preserved. However, even the first studies have shown that this is not so. After removing several layers of land it turned out that many stones have been in their places for several millennia.

“This level of safety has surprised us all,” said the project manager Agnieszka Matuszewska from the Department of Archeology at the University of Szczecin.

“The tomb did not collapse, but was simply covered with layers of earth,” says Agnieszka.

The researchers suggest that in the wide part of the tomb is a burial. His search is planned for next year. There is also a version that, after the funeral, huge stones were made from above, which were covered with earth, and only then smaller cobblestones were added to the top of this structure, which made the impression that the whole mountain was made of stone. “She probably made an impression, because at the highest point reached a height of 2 meters,” – said Matushevskaya. 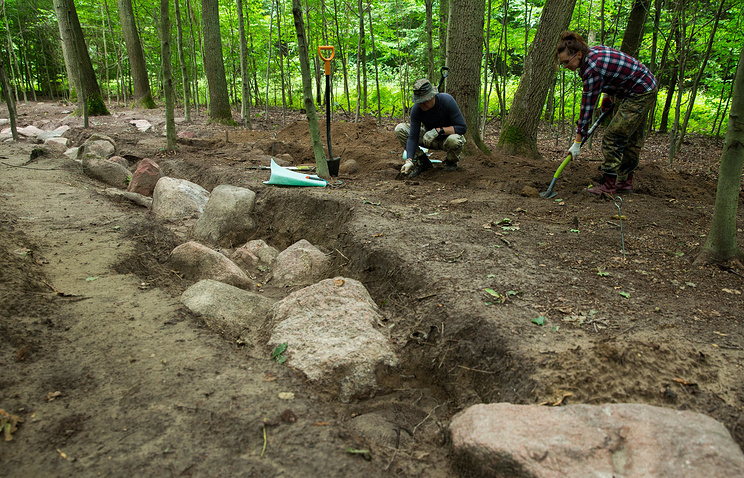 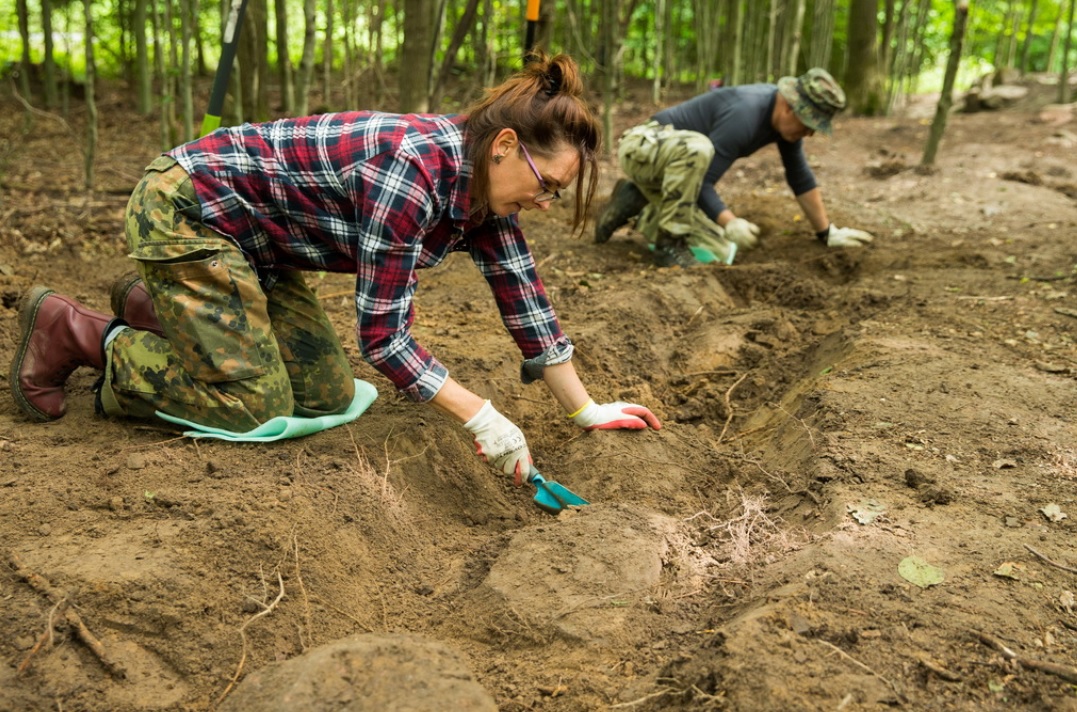 According to her, representatives of the so-called funnel-shaped cups of the late Neolithic era built this tomb. It is assumed that they thus honored a high ranking sergeant, a tribal or clan leader.

Estimating the value of this tomb on its merit, scientists with the help of an airborne laser scanner explored nearby territories, discovering several other similar constructions, the existence of which had not previously been known. New findings in the Dales are also planned to be made part of the archaeological museum under the open sky and to inscribe them in the route of the European megalithic path.

Polish megalithic structures were preserved exclusively in forests, where for several millennia they managed to avoid destruction. The most famous Polish pyramids of antiquity can be seen in the western Pomor region, where they were restored in their original form after careful examination.