In Poland, on the spot searches of trains with Nazi gold discovered the tunnel 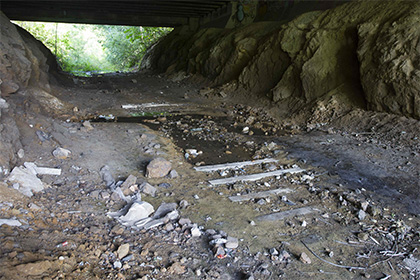 In Poland confirmed the existence of an underground tunnel at the place of the search of the train with the gold of the Nazis. This was announced by the representative of the search group Andrzej Gaik.

“All firms participating in the excavation, it was confirmed by our data. But since each firm uses their equipment in the exact coordinates, there are some discrepancies. However, all the data confirm the existence of an underground tunnel in the us”, — quotes Agency the words of the Nut.

19 Aug 2015 two clients of the law firm appealed to the authorities of the Polish city of wałbrzych with the message that he found the train to the walled-up tunnel at a depth of 70 meters. As proof, they showed pictures of the GPR. The authorities agreed to recognize their right to a 10% share from all the found treasures in the event of detection.

Deputy Minister of culture of Poland Piotr Zuchowski on August 29 said that if the jewelry of the Third Reich are discovered, they will become the property of the state Treasury. The Minister ruled out the possibility of transmission of the treasures of Russia.

The composition, called the gold train could be lost in 1945 when the Third Reich tried to take the stolen valuables to Berlin from the German city of Breslau, which after the Second world war it became Polish Wroclaw. Local residents were told that the train entered the tunnel near the castle książ and outside did not appear. In the years since the war, many tried to find the mysterious composition. Critics claimed that this train never existed.