In Rome, found an ancient burial 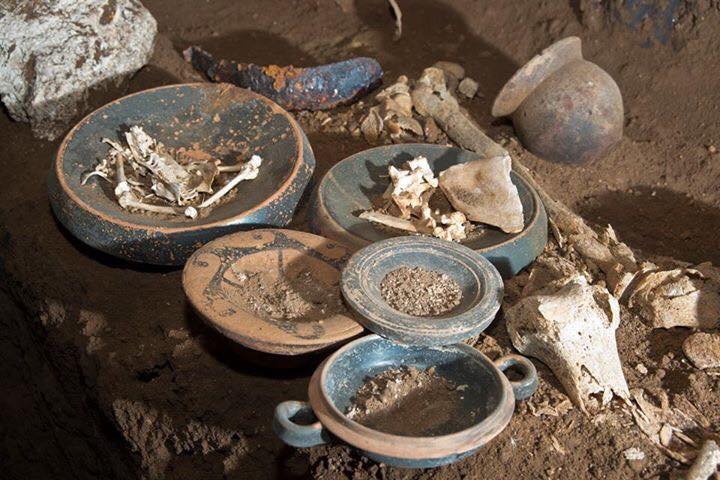 Archaeologists have discovered in Rome the untouched tomb of the second half of the IV century BC, reports the Roman Administration of Archeology, Fine Arts and Landscape.

In addition to other artifacts, the researchers found in it bronze scrapers, which removed sweat and dirt from the body after sports. Therefore, the burial was conditionally called “the grave of an athlete.”

The burial was found on the outskirts of Rome during the laying of the water pipe, when the excavator accidentally made a hole in the wall of the burial chamber. The grave was made in volcanic tuff and covered with a massive limestone slab. 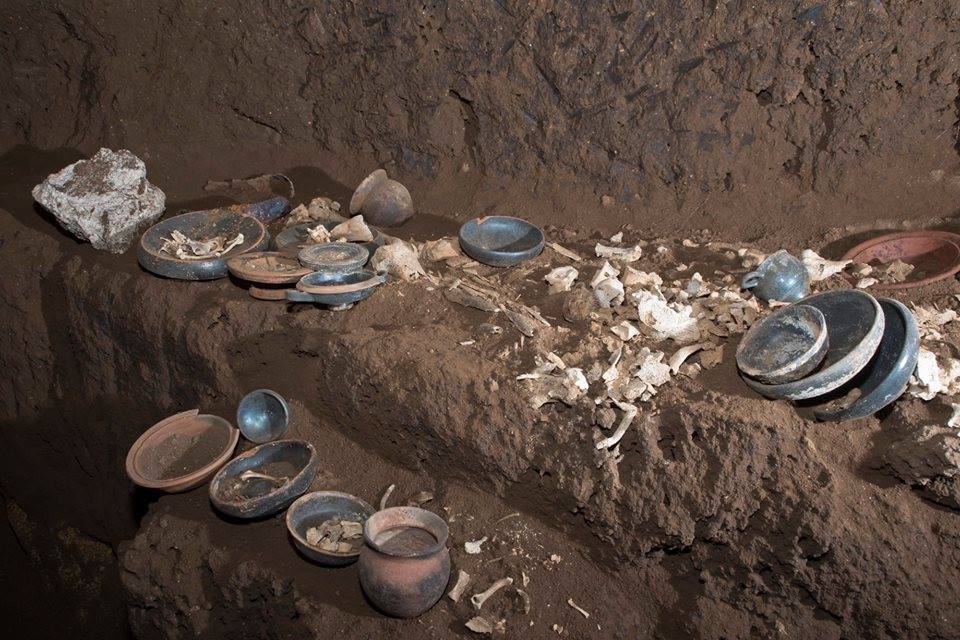 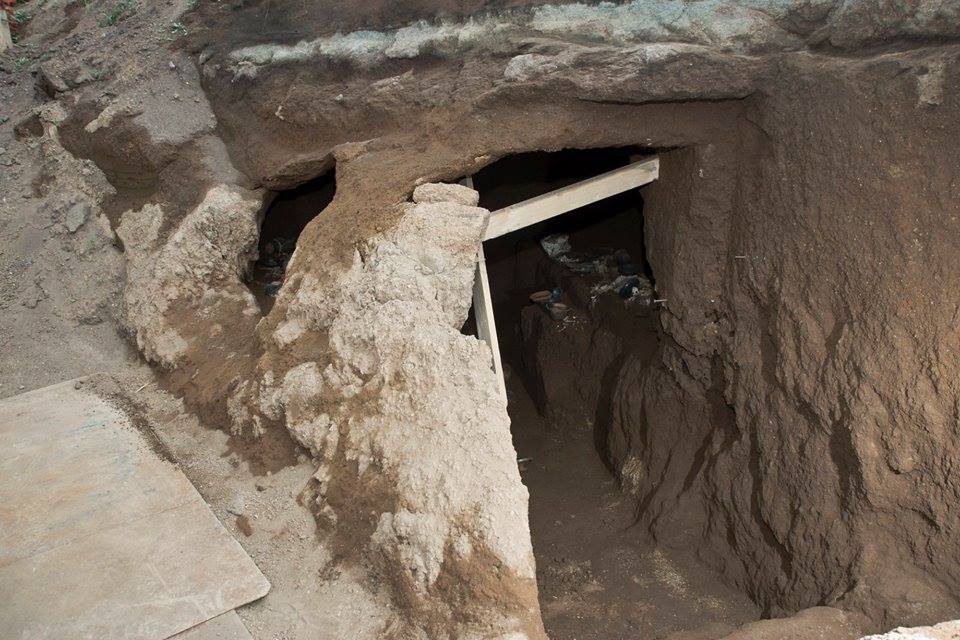 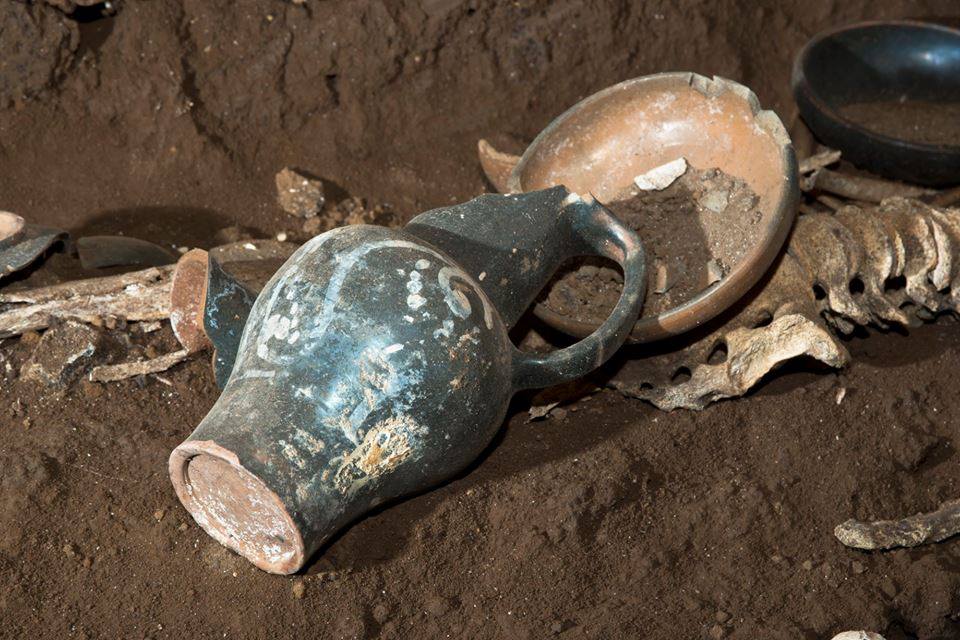 Archaeologists discovered in her the remains of four people, three men and a woman. The researchers suggested that it was a family crypt, because people in it were buried at different times. Below lay the remains of a woman of unknown age and next to her the skeleton of a man 35-45 years old. The men from the later burial were more than 30 and about 50 years old. Scientists have already transferred the remains of geneticists for DNA analysis.

In addition to the remains of the scientists found in the burial 25 artifacts, mostly glazed ceramic bowls and plates. They have preserved the remains of the offerings: the bones of chickens, rabbits and lambs or kids. In addition to dishes and bronze scrapers in the grave found a bronze coin, dated 335-312 years before Christ. On the obverse, the head of the goddess Minerva was minted, on the reverse – the horse’s head and the word “Romana”. Dating is confirmed by the style of ceramics.