In Russia, an ancient burial of a noble girl was found 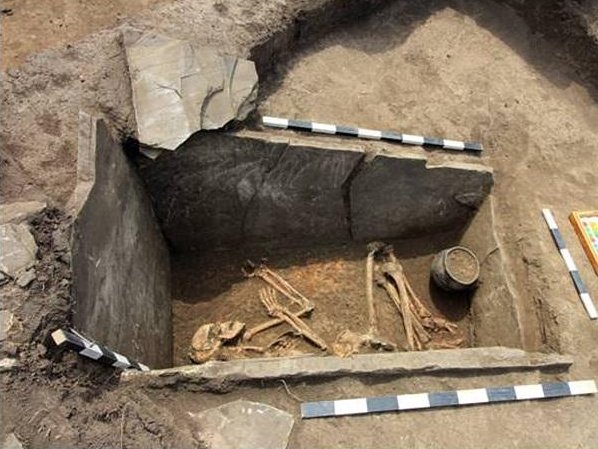 Archaeologists discovered the burial of a noble girl who was buried in the 17th century BC during the excavations of Burghast’s burial mound in the Rostov region. This is one of the oldest burials found in the region. Archaeological excavations were carried out within the framework of the project for the construction of a gas pipeline.

The girl was buried in the attire of the bride. Her body was decorated with numerous ornaments. Burghast burial mound represents four fused together “steppe pyramids” about 3 meters high.

According to archaeologists, the girl lived about the same time when Troy flourished. At the site of the present Rostov then stood the first in Eastern Europe stone fortress, which today is called Liventsovskaya.

Anthropologists believe that the girl was 18-20 years old. The cause of her death is unknown. The scientists did not find any traces of violent death on her bones.

According to archaeologists, the burial mound was a complex burial. Each grave was covered with a construction of wood and straw, and on top it was covered with a “plastushka” -the local coal shale. Such a layer, sprinkled with earth, was difficult to open. Before getting to the burials, researchers had to take out ten “KAMAZ” “plastushki”, says archaeologist Pavel Larenok. 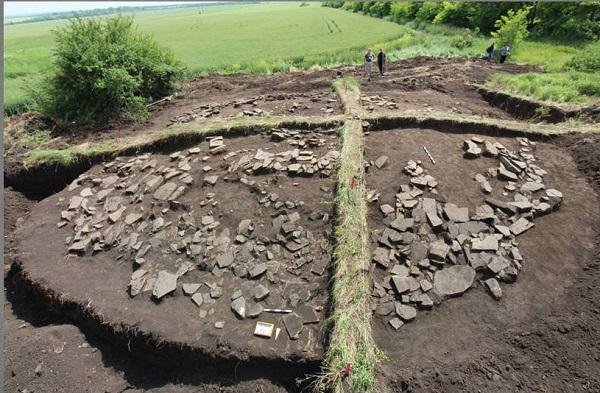 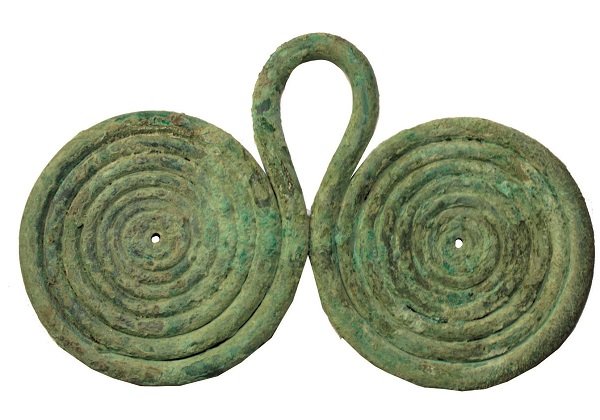 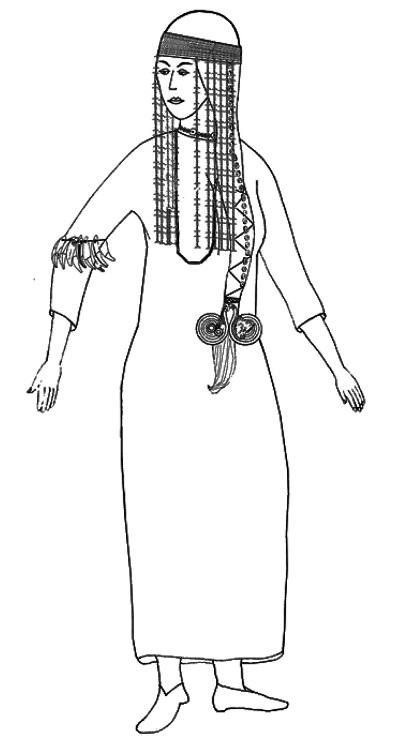 The girl was buried in a luxurious decoration. According to archaeologists, such quantity of ornaments in one burial has not met yet in the territory of the Rostov region.

Gold in the burial was not found, but the scientists found in it ornaments made of bronze, which the steppe people valued not less. Like blue-green beads, made of ancient glass in the Middle East.

The girl had a hat. From her down to the shoulders, partially covering his face, drooping threads of beads of different sizes and configurations. They alternated on different threads: horned, round, cylindrical beads. Between them were inserted and bronze ornaments.

The necklace was decorated with two necklaces. One of them – with beads of carnelian and onyx. Deposits of these semiprecious stones are located much south of the Don steppes. This proves that trade routes through the Caucasus and Transcaucasia led to the Middle East and further, towards the Celestial Empire. The girl had a long braid below the waist, in which was threaded a string of pendants made from sea shells. Experts have determined their origin: shells brought from the shores of the Indian Ocean

Carnelian beads were carefully machined. Ancient masters (presumably from the Caucasus), apparently, have already invented a primitive lathe: and much earlier than the Greeks and Romans.

The “advancement” of technologies of those times is also shown by necklaces made of bronze piercing (these are tubules of different sizes) of pretty fine work on the steppe’s neck. And another amazing decoration: a bispyral-shaped bronze pendant that ended with a luxurious maiden braid.

Near this burial place, archaeologists discovered a second grave pit, where a stuffed horse lay.