In Russia in 1719 fell from the sky dragon 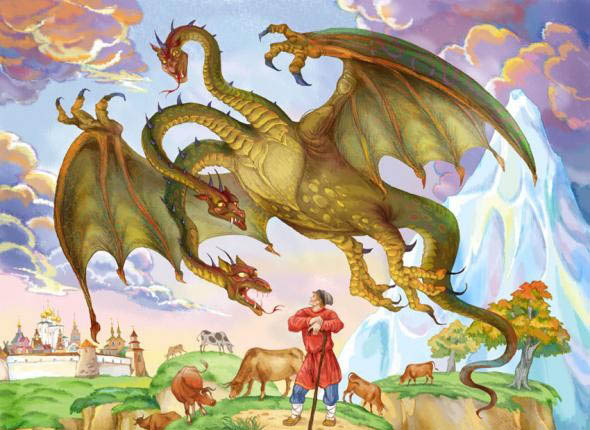 In the archives of the city of Arzamas (Russia) has one amazing document, report Zemsky head of Basil Shtykova to a higher authority. In a document dated 1719, reported that the County broke the great storm, tornadoes and hail struck the earth and killed a lot of livestock and other animals, and in addition fell from the sky dragon. This dragon was very burned and stank, spreading foul smell all around. Apparently in the sky flying dragon was struck by lightning.

The County, the heads of the dragon to bury afraid, as was the decree of Tsar Peter the great that all sorts of unusual things to soak in alcohol to send to the Museum. A dead dragon fell from the sky, was placed in a cask of alcohol, and sent to St. Petersburg.

The monster described by witnesses, This monster from head to tail had a length of 7 meters 64 centimeters. The teeth are sharp like a pike, but much longer and curved, and the front two fangs each with a length of 8.8 inches. On the back of a dragon with two wings made of thick leather, the structure is similar to the wings of bats. From back when extended, the wings have a length of 6 meters 92 centimeters. The creature has a long tail with a length of 3 meters 10 centimeters. Paw hairless with large claws. The eyes faded, but very scary.